The long search is finally over. There is, in fact, a Brexit benefit …at least, that’s how Lord Moylan sees it. 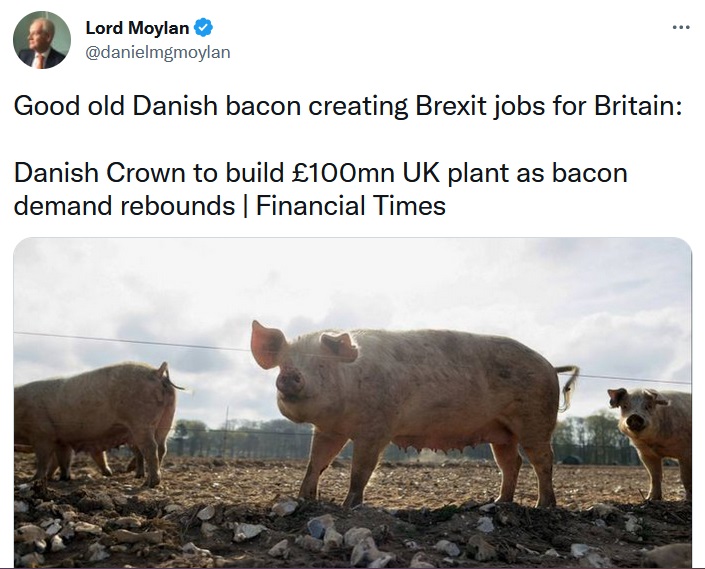 Let’s just get this straight –

1. A Danish company is opening a factory selling Danish bacon in the UK, despite it being made more difficult and expensive by Brexit red tape.

2. The livestock that British farmers struggle to sell or process because of Brexit red tape and the Brexit-fuelled labour shortage will continue to be culled and/or lose value.

The controversial gammon slang meaning wasn’t the only reason for people to comment on the news – but it certainly helped.