“I would be strongly committed to bringing down inflation to the Federal Reserve’s target” of 2%, Barr said in testimony to the Senate Banking Committee, which is considering his nomination.

Inflation has soared to 8.3%, near a 40-year high, with the cost of items like food, gas and airline tickets having skyrocketed from 12 months earlier. The Fed is facing the difficult and high-risk task of curbing high inflation by sharply increasing interest rates without causing a recession. Widespread doubts about its ability to achieve that goal have helped send the stock market plunging.

Barr, who was a top Treasury Department official during the Obama administration, helped design the 2010 Dodd-Frank financial regulations after the devastating 2008 financial crisis. He is now the dean of the University of Michigan’s Gerald R. Ford School of Public Policy.

If approved by the committee and confirmed by the full Senate, Barr would join the Fed’s Board of Governors as the vice chair for supervision, a position created by the Dodd-Frank legislation. As one of seven members of the board, Barr would also have a permanent vote on interest rate decisions at each of the Fed’s eight policy meetings each year.

There has been only one other vice chair for supervision, Randal Quarles, whose term ended in January. Quarles drove several changes to financial regulation during his term that drew criticism from progressives, including Sen. Elizabeth Warren, a Democrat from Massachusetts. They argued that, among other moves, Quarles took steps that reduced the capital that banks are required to hold to ensure they remain solvent. Still, the banks overall emerged from the COVID pandemic in solid financial shape.

Warren has already endorsed Barr, a Rhodes Scholar who clerked for Justice David Souter on the Supreme Court. He also served during the Clinton administration at the White House, the Treasury Department and the State Department.

Biden chose Barr after his first pick, Sarah Bloom Raskin, ran into a wall of opposition from Senate Republicans and from West Virginia Democratic Sen. Joe Manchin. They argued that she would go too far to weigh the impact of climate change as part of the Fed’s regulatory authority and possibly discourage banks from lending to oil, gas, and coal companies.

This week, Manchin endorsed Barr and said the two had met and discussed “American energy security.”

Barr’s hearing comes after the Senate has approved several other nominees to the board, giving Biden a chance to put a Democratic stamp on the Fed. The Senate last week confirmed Jerome Powell to a second four-year term as Fed chair, and late last month approved Lael Brainard for the No. 2 position of vice chair.

This month, the Senate also confirmed Lisa Cook, an economics professor at Michigan State University, and Philip Jefferson, an economist at Davidson College, to the Fed’s board.

The House Committee on Financial Services on May 17 voted to approve an amended version of H.R.7022 – the Strengthening Cybersecurity for the Financial Sector Act of 2022 – and send the bill to the full House of Representatives for consideration.

The legislation aims to amend the “Federal Credit Union Act to modify requirements relating to the regulation and examination of credit union organizations and service providers.”

According to its sponsor Rep. Bill Foster, D-Ill., the bill “would grant the National Credit Union Administration (NCUA) and the Federal Housing Finance Agency (FHFA) the authority to oversee third party vendors employed by the entities under their purview.”

“This authority – currently utilized by all other industry regulators – was previously temporarily granted to the NCUA and FHFA but has since expired, leaving a dangerous regulatory gap and leaving consumers and families at risk,” the congressman’s office said. “This bill would bring parity amongst our regulators to ensure that our financial services and housing industries are well protected against cyberattacks.”

At the May 17 committee markup session, Rep. Andy Barr, R-Ky., argued against the legislation, saying “it may be a good faith effort to help the IT security of our financial system,” but said he worried about expanding “the size and scope of the Federal regulation under the guise of cyber security.”

Rep. Barr faulted the bill because it doesn’t use the word “cyber” in its text, and said the measure has more to do with financial regulation than cybersecurity.

“These practices not only harm those who are targeted with the false promise of deposit insurance but, if left unchecked, could also undermine confidence in the FDIC, FDIC-insured banks, and the U.S. banking system,” Acting Chairman Martin J. Gruenberg said.

The final rule is slated to take effect 30 days after publication in the Federal Register. In recent years, the FDIC has observed a rise in the number of circumstances in which individuals or entities made false or misleading representations about deposit insurance or misused the FDIC’s name or logo.

According to the FDIC, to provide transparency, the final rule clarifies the FDIC’s procedures for identifying, investigating, and, where necessary, taking formal and informal enforcement actions against individuals or entities to address the violations.

“I would further note that, while the rule adopted by the Board is an important step, the FDIC is also considering revising and clarifying the agency’s official sign and advertising rules related to FDIC deposit insurance,” Gruenberg said via a statement regarding the final rule adoption. “The FDIC official sign and advertising rules were last significantly updated in 2006. In that time, it has become more challenging for consumers to know when they are dealing with an insured institution and that their money is safe in an insured product.”

The King County Council in Seattle, Wash., has established a Cannabis Safety Taskforce following an uptick in armed robberies at cannabis shops within the county.

“A dedicated Cannabis Safety Taskforce will be able to focus on keeping our local communities safe from the pattern of armed robberies targeting cannabis stores and manufacturers across the region,” said King County Council Member Reagan Dunn, who co-sponsored the measure with Council Member Jeanne Kohl-Welles. “This legislation sends a strong message that King County plans to hold those committing these crimes responsible for their actions. I could not be more proud of this bipartisan legislation and am grateful to my colleagues for their support.”

The council members cited a Washington Cannabusiness Association report determining that 70 robberies have been recorded at cannabis retailers statewide since the beginning of this year, with the rise being attributed in part to federal banking regulations resulting in cannabis businesses operating as all-cash entities.

“During and since my time in the state legislature, I have been a staunch supporter of the legalization and regulation of the medicinal and recreational use of cannabis,” Kohl-Welles said. “However, the federal banking regulations that force businesses to operate as all-cash businesses have ended up endangering employees, customers, and communities. As such, this motion serves to explore how local jurisdictions can better support these businesses, while efforts to reform banking laws at the federal level remain underway.”

Bank of England’s deputy governor for financial stability, Sir Jon Cunliffe, has warned of hard times ahead for cryptocurrency investors as the Federal Reserve and other central banks tighten monetary policy.

Sir Jon Cunliffe, deputy governor for financial stability at the Bank of England (BOE), had a warning for crypto investors at a Wall Street Journal conference Tuesday, Reuters reported.

The Bank of England executive cautioned that crypto investors should expect more difficult times ahead. He explained that as the Federal Reserve and central banks around the world tighten financial conditions, investors will be more attracted to safer assets.

Replying to a question about whether rising interest rates would ramp up pressure on cryptocurrencies, Cunliffe was quoted as saying:

Yes, I think as this process continues, as (quantitative tightening) starts in the U.S. … I think we’ll see a move out of risky assets.

Federal Reserve Chairman Jay Powell said last week that the Fed will continue tightening monetary policy until it sees “clear and convincing” evidence that inflation is falling to the target rate of 2%.

When there’s a move out of risky assets, you would expect the most speculative assets to be the ones most affected.

In November last year, Cunliffe said that cryptocurrency’s threat to the stability of the British financial system was “getting closer,” urging regulators to take action.

In December, he said that the value of cryptocurrencies could fall sharply, stating: “Their price can vary quite considerably and they could theoretically or practically drop to zero.”

What do you think about Sir Jon Cunliffe’s comments? Let us know in the comments section below.

A student of Austrian Economics, Kevin found Bitcoin in 2011 and has been an evangelist ever since. His interests lie in Bitcoin security, open-source systems, network effects and the intersection between economics and cryptography.

Disclaimer: This article is for informational purposes only. It is not a direct offer or solicitation of an offer to buy or sell, or a recommendation or endorsement of any products, services, or companies. Bitcoin.com does not provide investment, tax, legal, or accounting advice. Neither the company nor the author is responsible, directly or indirectly, for any damage or loss caused or alleged to be caused by or in connection with the use of or reliance on any content, goods or services mentioned in this article.

PARIS, May 17 (Reuters) – The regulation of crypto-assets is likely to be discussed at a meeting of Group of Seven finance chiefs this week in Germany, French central bank head Francois Villeroy de Galhau said on Tuesday.

“What happened in the recent past is a wake-up call for the urgent need for global regulation,” Villeroy told an emerging markets conference in Paris, referring to recent turbulence in crypto-asset markets.

“Europe paved the way with MICA (regulatory framework for crypto-assets), we will probably … discuss these issues among many others at the G7 meeting in Germany this week,” he added. 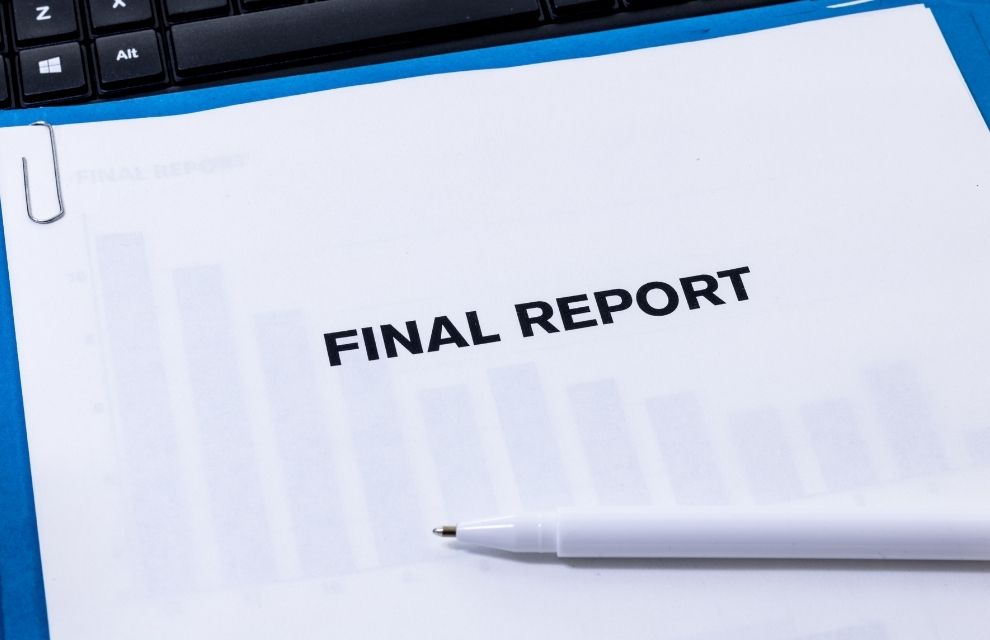 The European Securities and Markets Authority (ESMA) has published six final reports of its review of the CCP Recovery and Resolution Regulation (CCPRRR) and these reports have now been submitted to the European Commission.

The final reports set out proposals for Regulatory Technical Standards (RTSs) on the content of central counterparies (CCPs) resolution plans, resolution colleges, valuation of CCPs’ assets and liabilities in resolution, and safeguards for clients and indirect clients.

It also contains guidelines on the circumstances under which a CCP is deemed to be failing or is likely to fail, as well as on the methodology to value each contract prior to termination.

Aiming to guide resolution authorities in developing effective resolution plans, the overarching goal of ESMA’s reports is to contribute to market preparedness generally and in the “unlikely event” of a CCP entering into resolution.

The authorities will also need to consider the operational capacity of the CCP and other requirements for continuing authorisation.

According to ESMA, the determination that a CCP is failing or likely to fail should remain an expert judgement and should not be automatically derived from any of the objective elements alone.

The European Commission has three months to decide whether to endorse the proposed standards under a Delegated Regulation.