Republican control of the US House of Representatives will help advance financial-services firms’ priorities, with a wish list that includes curbing ambitious proposals by a top markets regulator and diminishing the clout of a popular US consumer watchdog.

Next year, the GOP will lead the powerful Financial Services Committee, which can demand information from the heads of agencies such as the Securities and Exchange Commission and the Consumer Financial Protection Bureau and seek to dial up oversight of the regulators. At minimum, the House’s shift from Democratic leadership could force agency staff to spend hundreds of hours responding to lawmakers’ requests, lobbyists and others said.

With Democrats retaining their grip on the Senate and President Joe Biden holding the “veto pen,” Republicans will try to stall or curtail key administration goals. They include SEC proposals that would force hedge funds and private equity firms reveal more about their fees, and would require companies to make detailed environmental, social and governance disclosures.

Read More: Republicans Win Control of the US House With Narrow Margin

“The Biden administration has been pushing its agenda through financial regulators because they don’t have the votes to pass it in Congress,” said Republican Representative Patrick McHenry of North Carolina, who’s poised to lead the Financial Services panel. “Committee Republicans will work together to conduct appropriate oversight of activist regulators and market participants who have an outsized impact.” 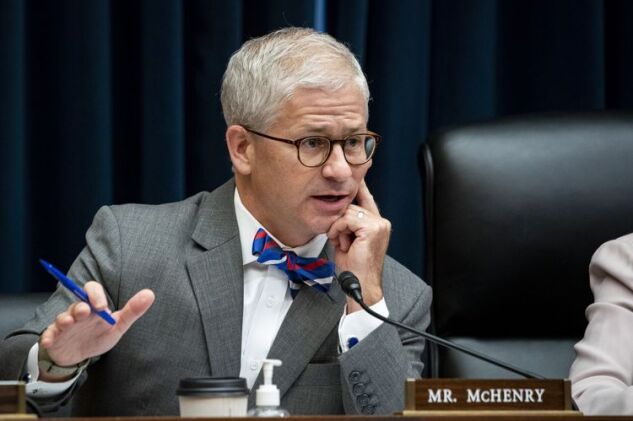 They might target private-sector initiatives like the Nasdaq’s rule requiring diversity on the boards of companies that trade on the stock exchange. Large banks and brokerages could be brought in to testify about whether their focus on ESG initiatives has hurt investors.

Companies will also be asked if their regulators are pressuring them to do certain things, or are using regulation as cover to cut ties with disfavored industries, such as firearms or energy producers, said Brian Knight, senior research fellow at the libertarian-leaning Mercatus Center at George Mason University. “There’s not going to be a lot of benefit of the doubt for anything that smacks of ESG.”

Still, any moves by lawmakers to cut SEC funding tied to ESG-related rules during the appropriations process would run into the veto threat.

Republicans will use their clout in the House to publicly scrutinize regulators over plans to increase scrutiny of bank mergers. Yet on this issue and several others, the industry shouldn’t set high expectations.

“While exertion of more oversight authority could slightly change the focus of the various financial regulators, I don’t know that a Republican majority in just one chamber would result in significant public policy changes for the financial firms themselves,’ said Daniel Meade, a Washington-based partner at the law firm Cadwalader, Wickhersham & Taft.

“The federal financial regulatory agencies are all generally independent agencies, and so a change in just one chamber probably would not result in a directional change at any of the agencies.”

Democrats have pushed banking regulators to revisit the approvals process under the Bank Merger Act to increase competition in the industry.

In September, Michael Barr, the Federal Reserve’s vice chair for supervision, vowed to take a tough approach to evaluating acquisitions. The FDIC proposed measures in March, shortly after the Republican chair departed after a public spat with Democrats on the commission.

Read more: Fed’s Barr Says Scrutiny of Bank Mergers Will Be a Priority

The CFPB, a political lightning rod since its creation following the 2008 financial crisis, will come under further attack by Republicans and business groups after the agency bolstered its enforcement program and changed some exam criteria under Director Rohit Chopra.

One measure that could be tied up is the CFPB’s open banking proposal process that’s expected to get underway early next year.

The industry is concerned that Gensler’s plan will undermine the economics of their business models, make it more difficult to mount activist campaigns against corporate boards, and greatly increase regulatory costs.

But the industry may have to be realistic about its chances of completely stopping Gensler’s proposals. Instead, firms could ask House Republicans to help to try to slow the agency’s pace. One option could be to try to use the process for funding the SEC to narrowly target some of the agency’s rules, though such a move would be difficult.

A potential outlier to the Republican theme is legislation attempting to develop a regulatory framework for crypto, a heavy spender on the midterm elections.

One of the bills would give more regulatory authority over Bitcoin and Ether to the Commodity Futures Trading Commission, and let crypto platforms register as digital commodity exchanges with the agency.

This measure and other key pieces of legislation had been relatively bipartisan, fanning hopes that Congress would quickly wrap up a plan for regulating the asset class, including settling jurisdictional issues and creating guardrails for stablecoins.

But the post-election outcome for crypto legislation now seems as unpredictable as the industry itself.

–With assistance from Allyson Versprille.

To contact the editors responsible for this story:
Ben Bain at bbain2@bloomberg.net