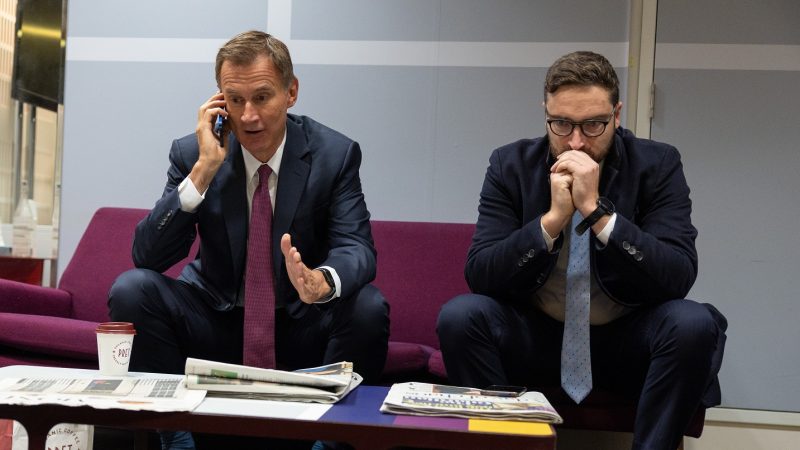 Hardly a day passes without revelations of new financial scandals. Rather than checking corrupt practices, the 345 page Financial Services and Markets Bill, currently going through the UK parliament, lays foundations for the next financial crash.

The bloated finance industry is in a constant state of crisis – through mis-selling financial products, frauds, interests and exchange rate rigging, tax dodges, money laundering and sanctions-busting. Banking frauds and reckless risk-taking caused the mid-1970s banking crash. The government bailed out banks, insurance and property companies. There has been a banking crisis in every decade since the 1970s, with names like Johnson Matthey, Barings, Bank of Credit and Commerce International and others dominating the headlines. A bigger crash followed in 2007-2008. The state provided £133bn of cash and £1,029bn of guarantees to rescue banks. It handed another £895bn of quantitative easing to speculators to lubricate capital markets. This ushered in never-ending austerity and the British economy is yet to recover. Today, the average wage is lower than what it was in 2007. Research shows that between 1995 and 2015, the UK finance industry made a £4,500bn negative contribution of to the UK economy.

Some of the failures highlighted by the 2007-8 crash were addressed through the Financial Services Act 2013, within a framework set by the European Union (EU). However, in the post-Brexit world the safeguards are being eroded. The government has abolished the cap on bankers’ bonuses which was meant to deter the race for higher remuneration by taking ultra high risks. More are being chipped away by the Financial Services and Markets Bill as the government has decided that the finance industry is the key to new riches, even though the Bank of England (BoE) has said that banks have poor risk management systems.

The Bill has not been preceded by any inquiry into the predatory practices of the finance industry or the effectiveness of the regulatory architecture. There are at least 41 overlapping regulators, including the Financial Conduct Authority (FCA), the Prudential Regulatory Authority (PRA) and the BoE. Buck-passing and inertia are the norm. After nearly fifteen years, frauds at HBOs and RBS are no closer to resolution. Regulators have been sent 10,000 pages of evidence showing that banks have forged customer signatures to deprive people of homes, businesses and savings. Three and half years later, no action has been taken.

The FCA has been criticised in reports relating to the collapse of Connaught Income Fund and London Capital & Finance. More questions have been raised by the collapse of Blackmore Bond and Woodford Equity Fund. In March 2021, the House of Commons Work and Pensions Committee said that the “FCA is not effective in stopping scams, punishing scammers or retrieving scam proceeds”. In the absence of any inquiry, the government is sticking with the potholed regulatory architecture.

Ever since the 2007-8 crash, stability of the financial system has been the prime objective of the regulator. The previous objective to promote “competitiveness” was repealed as that opened the floodgates to predatory practices, especially as “stability” and “competitiveness” can’t easily be reconciled. However, the current Bill introduces a “secondary objective for the FCA and the PRA to provide greater focus on medium to long-term growth and international competitiveness”.

This creates new conflicts. Economic growth and competitiveness are a matter for the government and not regulators. Growth requires skilled labour, infrastructure, tax policies, good purchasing power in the hands of the masses and much more. It is hindered by lack of investment in productive assets, and a shareholder-centric system of corporate governance which neglects long-term welfare of stakeholders. Any growth of the finance industry has an opportunity cost in that it will divert graduates and investment from other sectors. It is hard to see how finance regulators can determine any of these factors. Maybe ‘growth’ is just a slogan used by a government that has crashed the economy?

So far, the government has grown the finance industry by keeping some parts outside the formal regulatory system. For example shadow banking, which includes private equity and hedge funds, is not formally regulated. It is not subject to any minimum capital requirements or stress tests. It is interlocked with the regulated parts, such as retail and investment banking, but the Bill does not extend regulation to this sector. Growth of the finance industry will increases financial risks to other sectors. For example, Morrisons and Asda are now controlled by private equity and their collapse will directly affect the grocery trade.

The objective of “competitiveness” will promote race-to-the-bottom. Regulators will constantly be benchmarking UK regulatory practices against others and recalibrate them to secure competitive advantage. This would create pressures for lower solvency ratios, higher leverage, fewer consumer rights and regulatory exceptions. The Bill gives Ministers the power to instruct regulators, and thus weaken their ability to resist political pressures.

Philosopher George Santayana once said, “Those who cannot learn from history are doomed to repeat it”. There is little evidence that the government has learnt anything from the last 50 years of financial scandals and foundations for a repeat of the 2007-8 crash are being laid.