The recently proposed amendments to the IT Rules, 2021 relating to online gaming by the Ministry of Electronics and Information Technology (MeitY) have sparked debate on whether it’ll limit the engagements video games offer or if it’ll open up new avenues for leisure, work and business.

However, as conversations swirl around these expectations, there’s little in-depth analysis of what the draft rules for online gaming wish to accomplish.

Most countries in the Global North have pre-existing regulations on gaming, video games and other related activities but these rules have been informed by broader regulation frameworks on media, digitality, the Internet and online practices.

However, in India, we are drafting our new IT policy at the same time as we’re mulling over regulating online gaming and related activities.

Thus, while the temptation to include gaming regulations in the IT Rules is significant, the two need to be conceptualised as separate Bills that will form a dialectical framework where one can inform the other and vice versa.

A separate Bill for gaming – which understands offline and online gaming activities as cutting across socio-economic and cultural sections of the nation’s society – is essential if we want to safeguard the country’s population in the Digital India drive.

The first challenge in the draft policy is the way in which a game is defined as an “online game” and then acted upon – a regulation that is almost unnecessary if you regulate all forms of games that are made available in India.

Rule 2(1)(qb) defines “online game” as a “game that is offered on the Internet and is accessible by a user through a computer resource if he makes a deposit with the expectation of earning winnings”. “Deposit” and “winnings” have been defined to include both cash and kind.

Globally, scholars and industry experts have recognised the challenges of defining what a game is and this is something that the draft will have to struggle with as well.

If we were to take the case of films, would you define a film as a specific kind of film before issuing it a CBFC certificate? Then why do that for games? The problem with this system is the debate it will generate when the regulatory body tries to reclassify a game. For example, one of the biggest challenges in India’s gaming history has been creating awareness about and dissuading youth from games like the ‘Blue Whale Challenge’.

It is impossible to take speedy and meaningful action if we spend all our time trying to understand what makes it a game and what makes it online, let alone attempting to classify it in some definitive manner.

On the other hand, a broader, better-thought-out gaming policy – where we examine what interactions are offered to players by games and are aware of how game architectures are designed – will make future regulations more transparent and easier to follow for game developers, players, civil society, and the government.

Also read: Centre’s Recent Move to Regulate Online Gaming Will Further the ‘Illegalities’ of IT Rules

The need for digital media and gaming literacy

The draft amendments do not mention any measures on helping youngsters and their caregivers understand what video games are as experiences. Online games are places of leisure where one can have fun, but they can also exploit people, lead them to financial ruin, and waste people’s time, resources, and potential.

When gaming and acts of gamification are no longer restricted to just games, it is essential that people are made aware of what these platforms offer, afford, and take away. If the policy lists specific measures to inform the country’s population on what games as a media form offer (similar to media literacy initiatives), then we can empower both the youngsters and their family members to engage with gaming’s many critiques.

Such initiatives will enable informed decision-making at the individual and the family level rather than forcing government and judicial measures, which can either be heavy-handed or too lenient. Similarly, self-regulation at the individual and family level will be much more beneficial rather than a nationwide self-regulating body for game makers. 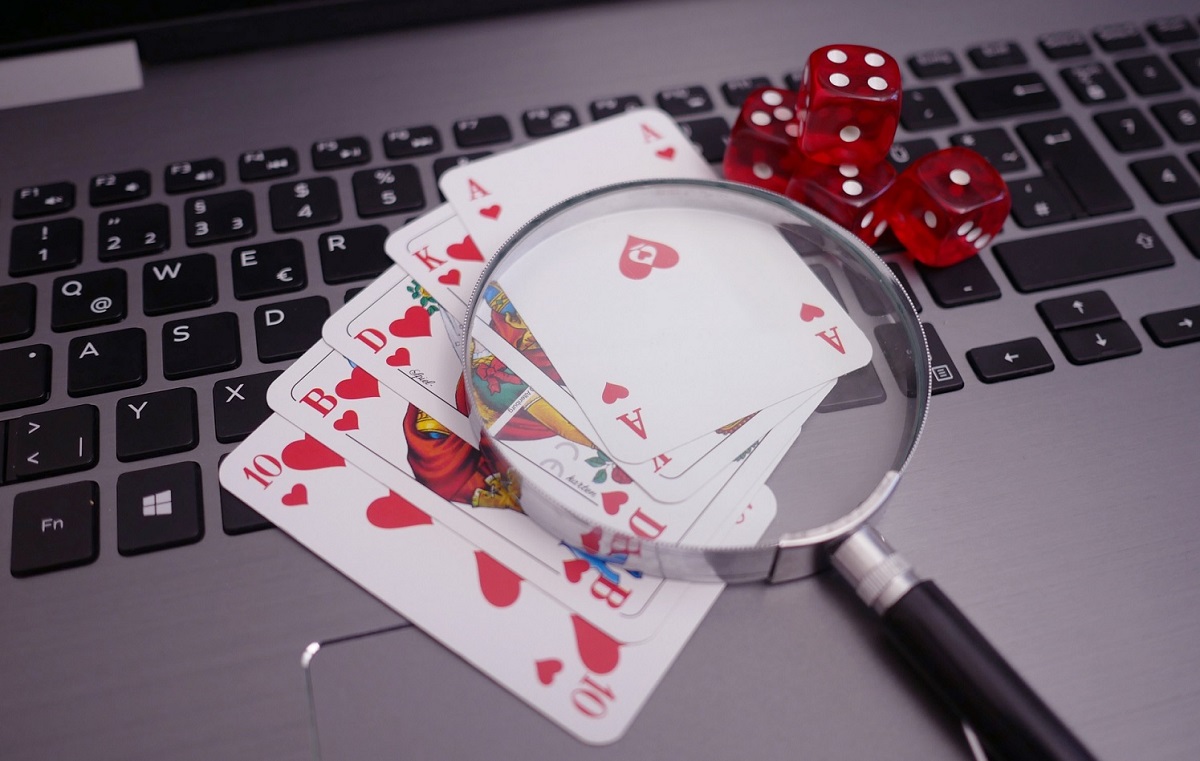 Globally, the biggest challenges to regulate gaming with respect to video games have been micro-transactions, loot boxes, and overspending of real-world money for in-game activities.

Countries like Spain and Netherlands have banned loot boxes and have forced game developers to be transparent about how they reward or pay out their players. In India, too, players have been losing their significant savings due to impulsive purchases as payment mechanisms like UPI are linked to Google and Apple’s app stores.

India’s gaming policy must ensure that refunds can be claimed by parties unaware of the said transactions. Timelines for refund claims and grievance redressal mechanisms are imperative.

In games, especially with the existence of multiple currencies – real-world currency, in-game currencies and transmutable currencies (crypto/NFTs) – it is extremely challenging to regulate how money is transferred and converted. The government’s policy needs to be prepared to engage with this multiplicity.

At a time when global gaming companies are beginning to talk about ‘Play to Earn’ economies – systems where exploitation and defrauding are rampant – the idea of “cash and kind” as proposed in the amendments are outdated, unnecessary, and vague, especially in the case of “kind”.

The ‘Play to Earn’ economy is a system where a player plays games and earns rewards for their efforts in the form of NFTs, which can then be encashed into crypto or other currencies after being listed on a trade market.

The challenges of defining and measuring addiction

The draft amendments lay the onus of addiction on the game maker and asks them to declare if their games are addictive. It almost seems like asking game makers to self-declare like the tobacco industry – where statutory warnings were implemented after years of advocacy.

While it’s possible to objectively assess or evaluate nicotine harm, how does one measure how much dopamine is secreted when an in-game act is performed and how would that be regulated and defined to be addictive or non-addictive?

My research with video games for the last decade has shown that no two people play the same game identically. What may be addictive for one person might be of no interest to the other.

With ‘PUBG Mobile’, for example, it wasn’t the in-game violence or gunplay that made the game popular (several games already offered that), it was the free-to-play nature, the ease of accessibility (available on most smartphones), and the ability to socialise and play with one’s friends that made it addictive.

Circumstances are as crucial in fostering attachment to games as the game design. Thus, a gaming policy that is prepared to understand what a game experience offers is better suited to protect people from addiction than one that lays the burden on game makers who will find ingenious ways and data to claim their games as non-addictive.

The proposed know-your-customer and other financial regulations have raised significant questions on consumers’ privacy and data protection, which highlight that online gaming can be undertaken only by people who have the necessary documentation and financial know-how. Such measures will widen the gap between seasoned players and those with e-sports aspirations.

While seasoned players will be taken care of, we need to protect the others. By introducing such banking-related norms, we are creating new barriers to the online gaming industry.

Historically, most of India’s population couldn’t engage with the medium due to the lack of access to the technologies required by video games. The success of online games on mobile phones changed that but these proposed measures, if implemented, can undo the work of decades.

The need to regulate winnings from e-sports and other financial transactions is necessary, but there are ways to do it by only enrolling the organisers and the eventual winners. For the remaining 99% of the nation’s gaming population, the practice will remain a casual leisure-time activity where no money will ever be earned.

To complicate gaming for the 99% in the hope of better governing the 1% seems counterproductive.

Similarly, the onus of organising sports events cannot be placed only on game developers and their “intermediaries”. My experience and data from the last 10 years show the prevalence of informal competitions and tournaments across the country where prizes were at times offered to players in cryptocurrencies.

Thus, how do we define, regulate, and govern the organised and unorganised sectors for gaming events – events that are at times even more decentralised and difficult to track than the traditional cock-fight events that happen across the country?

Fostering and nurturing the nascent video game industry in India

The language of the proposed amendments almost makes it seem that games are designed by extranational entities that may harm the sensibilities of the Indian public. The problem with such a perception is the lack of room for regulatory change when India’s gaming industry creates original content.

Going back to India’s film regulation and its uniformity for national and international content, why can’t something similar be developed for video games, with guidelines that inform specific themes on narratives, in-game acts, the creation and portrayal of characters, assessment of dialogue and so on and so forth?

Video games are complex media forms, and frameworks to assess them will be more complex than a simple audience rating, but the effort will help the country’s budding game development industry learn and grow. Creative industries in South Korea and Japan have benefitted from similar regulations. So can India.

In 2016, a British content creator, NepentheZ, was fined in the UK for running a betting website connected to the FIFA video game. Several youngsters spent huge amounts of real-world currency to buy in-game currency for gambling. Gambling by minors in the UK is illegal but, in this case, several loopholes were found using in-game currencies.

India needs something similar to keep such emergent practices in check as several arrangements between crypto investment, financial influencers, and targeted advertising have emerged over the last 24 months.

It is, therefore, essential that India comes up with regulations to govern such scenarios while also ensuring that we take advantage of the positive aspects of this growing sector.

Aditya Deshbandhu is a lecturer of communications, digital media sociology at the University of Exeter, UK. He has been studying video games from an Indian context for the last decade. He is also the author of Gaming Culture(s) in India: Digital Play in Everyday Life.