The growing strains in England and Scotland’s political relationship were made even more apparent after the 2016 Referendum on EU membership. Just 38 per cent of Scots voted to leave the European Union, compared to a figure of 53 per cent south of the border.

Six years on, those divides have now reached football. This is because both nations are using different versions of the points-based immigration system — a scheme that allows economic migrants to qualify for work visas based on their personal characteristics and qualifications.

And a new research paper has shown how the Scottish FA’s more flexible interpretation of the rules has majorly benefited Scottish Premiership clubs.

Brexit was expected to drastically reduce the number of non-UK players signing for clubs in both England and Scotland, but “Brexitball”, a study produced by Analytics FC and law firm Fragomen, has shown data to the contrary north of the border.

The number of non-UK players Scottish Premiership clubs are signing has returned to pre-Brexit levels and the percentage of incoming transfers involving a player that requires the exceptions panel is growing.

It has also revealed that there were 27 transfers and loans completed in the Premiership last season that would not have been able to have been completed in England. In the most recent summer window, 16 per cent of all deals would have been denied south of the border.

That includes Antonio Colak (who is pictured above and moved from PAOK to Rangers), Bojan Miovski (MTK to Aberdeen) and Kye Rowles (Central Coast Mariners to Hearts). All three have made significant impacts at their clubs.

How does the immigration system work and why is Scotland different?

When freedom of movement between the UK and the EU ended in January 2021, so did the blanket power of British football clubs to sign players from Europe, regardless of experience or profile. An estimated pool of 60,000 eligible players dropped by 92 per cent overnight.

As part of the UK’s post-Brexit immigration framework, each home nation’s Football Association is responsible for its own Governing Body Endorsement (GBE) system. They are given the discretion to set the entry requirements specific to what they feel best suits their sport and that is then signed off by the Home Office.

The GBE system existed beforehand for non-EU signings, but these new rules were introduced to reflect the UK’s breakaway. Every non-UK player is subject to its criteria before being granted clearance to sign for a club.

Only players who have played 70 per cent of the minutes for a national team (over the previous two years) ranked in the top 50 of FIFA’s rankings automatically qualify to play in the UK.

If a player doesn’t fall into this category, then their eligibility is assessed on a points system, which is calculated by awarding credit for various categories like international experience, domestic league status and European participation.

They must reach the threshold of 15 points to qualify but there is an important distinction between the FA and the Scottish FA’s system.

The exceptions panel was set to be scrapped in summer 2022, but last December the Scottish football authorities were able to persuade the UK government to maintain it on a permanent basis.

Neil Doncaster, chief executive of the SPFL, said: “Last year we made clear how crucial it was that we were able to convince the UK Government to maintain the Exceptions Panel.

“If that had been unsuccessful, it would have dramatically impacted Scottish teams, and severely reduced the number of marquee players coming into our game.

“As these statistics show, it has helped clubs sign players they otherwise wouldn’t be able to, while not having a negative impact on the minutes of Scottish players.”

What is the difference with Scotland?

Andy Watson, co-author of Brexitball, explains that although Scottish clubs have not been as affected by the shrinking of the European market compared to England, they are not doing anything wrong by continuing to sign non-UK players at a similar rate to before Brexit regulations kicked in.

“It is just a different interpretation of the exceptions panel,” he tells The Athletic.

“If you look in the regulations, there is a slight difference in the wording between the SFA’s documentation and the FA’s. The way that has manifested itself in the transfer market is that English clubs still can’t get players who don’t get the 15 points through an exceptions panel.

“It is somewhere around 80-90 per cent of players coming into the Scottish market wouldn’t be able to come into the English market. They are not doing anything wrong in Scotland, it is just a different way of interpreting the legislation.

“If you think about the English Championship and the Scottish Premiership being relatively equal in terms of quality and the players they attract as clubs, having that different interpretation on the exceptions panel is making a big difference. I’m sure recruitment departments in the Championship would like more scope.”

How does the exceptions panel process work in Scotland?

The Athletic has spoken to five Premiership club decision-makers — who have been granted anonymity to protect their position on a sensitive matter — to ascertain what they think of the status quo, the impact of Brexit on English wages, how they present to the exceptions panel and what a potential clamp down from the Home Office would mean for recruitment.

That last point is the thing that gives many Premiership executives, sporting directors and managers a headache, but for now, they are still free to operate with the special dispensation that has been granted to Scotland. However, despite that special dispensation, it is still a time-consuming and arduous process for Scottish clubs to make these signings.

With so many players falling well short of the required points, clubs have had to become au fait with the GBE system. The increased UK Visa and Immigration workload, brought about by Brexit, COVID-19 and the flow of refugees from Ukraine, has impacted processing times.

The time from making the application to having the player available to play has varied from club to club. One club who haven’t done as many non-UK signings as most say that it took them between 6-8 weeks for the entire process, but others have been able to complete it within three weeks.

It is such a costly business that one team set aside a five-figure budget at the start of the season due to how many cases they were expecting to fork out on. The total cost per transaction can amount to several thousand pounds once the immigration health surcharge, Home Office biometrics appointment, priority service fee, sponsorship certificate and legal costs have been accounted for.

At least two clubs have used specialist sports law firm Centrefield to expedite the process as they have knowledge of the system and have even managed to complete deals from start to finish within a 48-hour window. 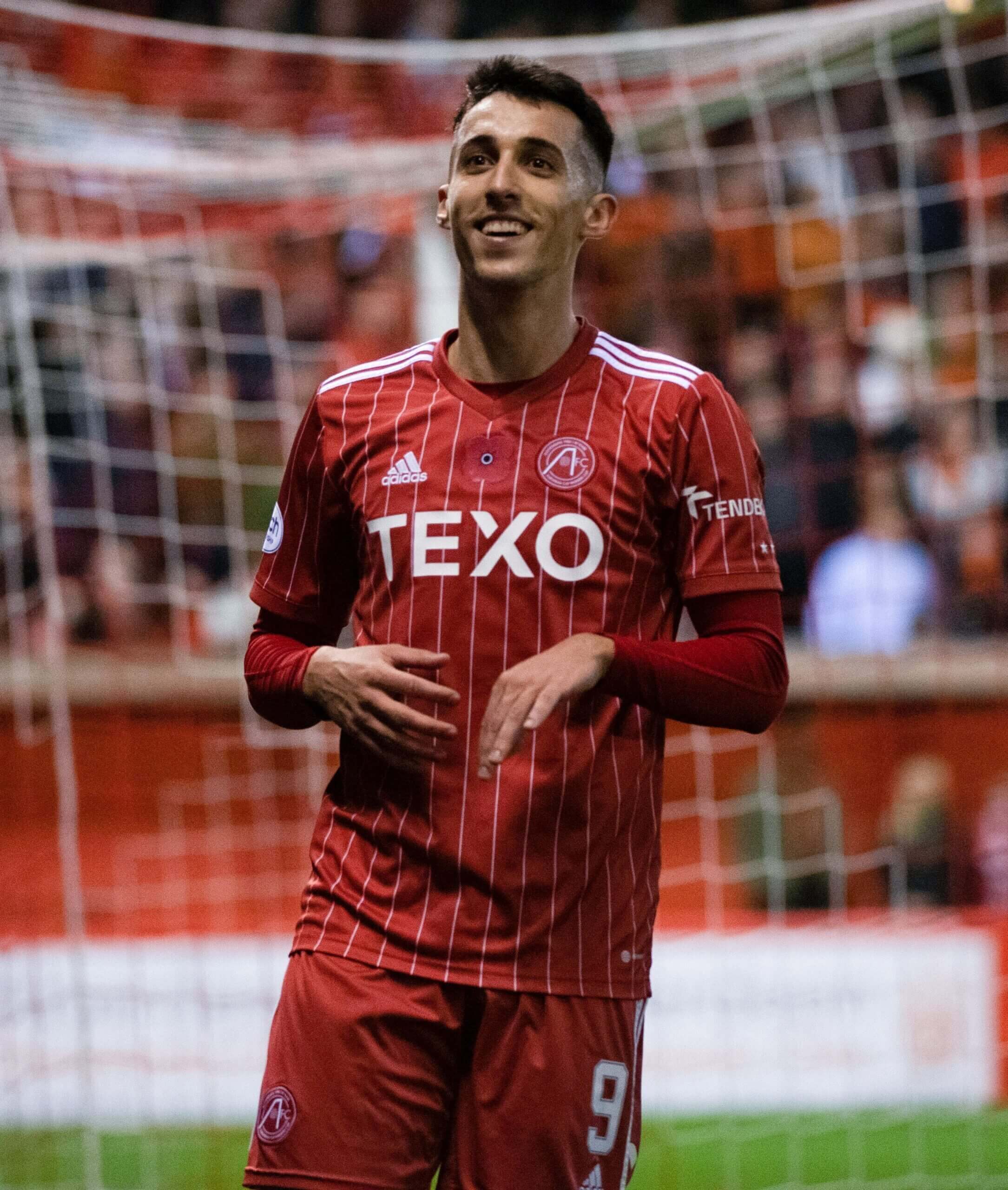 Aberdeen’s signing of Bojan Miovski was made possible by the exemption within Scottish football (Photo: Euan Cherry/SNS Group via Getty Images)

What do clubs need to prove?

Clubs still have to put across a detailed case in order to satisfy the two reference points, which are a) is the player of significant calibre? b) will the player contribute to the development of the game in Scotland?

Both are subjective and clubs don’t necessarily have to prove their potential to become a full international, but the panels have been described as “vigorous” in how they scrutinise the profile of the player.

There is a pool of individuals from all different sectors of the sport who comprise the panels, including from the PFA, legal sector, spare or retired managers and officials from the SFA.

One club say they send player videos and documents to the panel in advance of the meeting. Putting together a comprehensive document containing references and advanced statistics to demonstrate the level of the player and their potential is now commonplace, though.

“We put together an unbelievably in-depth presentation and our document is over 100 pages long explaining why we feel these players are good enough for us. The most points any of them have had has been seven, so we’ve really had to put the work in to make sure the players get authorised,” a club executive tells The Athletic.

Indeed, the success of players who come through the exceptions panel is growing.

The paper ponders whether this could be “a corollary to clubs making smarter recruitment decisions in general, spurred on in part by having to account for the new regulations” and clubs concur that the success rate through the exceptions panel does not mean they are pursuing a lower standard of player.

“We say to the panel we haven’t just picked this player on a whim. It’s very costly for a club with our budget and we wouldn’t do it unless we had done our research and believed they will improve the team,” says a club chief executive.

“You have to give evidence that it is not blocking a young Scottish player, where they fit into the team, their schooling, off-pitch character references. Young Scottish players have to have a pathway, but if it is not oversaturated and you bring in a sprinkling of foreign players, they are then playing with better players and different cultures which helps educate them.” 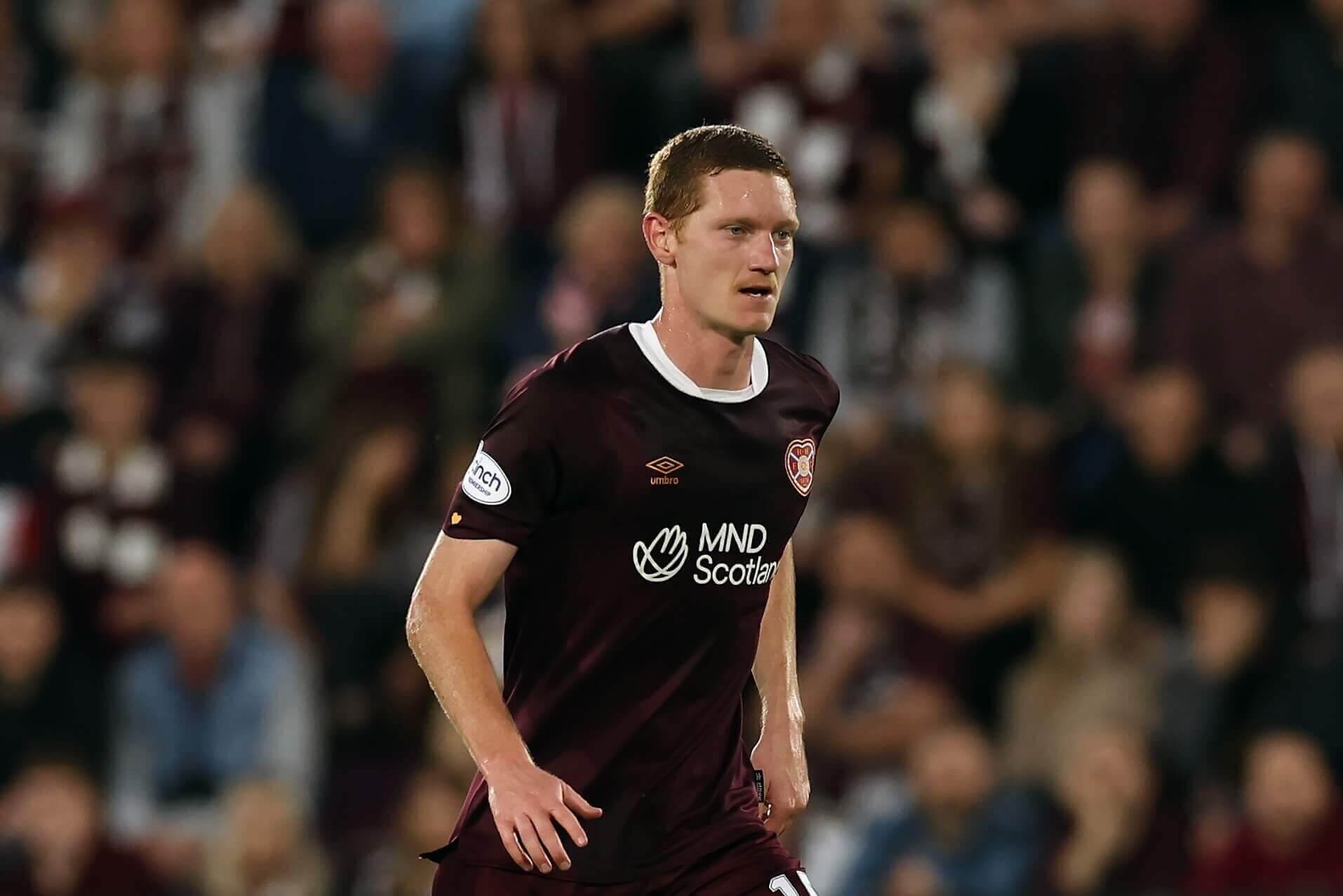 What would restricting the exceptions panel in Scotland mean?

There has been constant talk of the scheme being looked at by the Home Office. The prospect of a scaled-back review provokes a level of unease that sees some describe it as “ruinous” for Scottish clubs.

That is because Brexit has already caused considerable inflation in the English market, which is by far Scotland’s most fished-in market. There is a shared sense that an average player in England’s lower leagues has now become considerably more costly in terms of wages, due to the smaller pool of European players available to clubs.

“I see the points system as irrelevant to us as we can’t afford anyone who qualifies automatically, so what do we do? It has become so hard to get boys from down south that we need to go abroad to find quality on our budget,” says one club executive.

Given the repeated talk of targets to cut immigration by the Conservative government it has long been a worry for clubs that the current set-up in Scotland could be deemed too lenient.

“The SFA are right to look for special dispensation. The players we have signed have enhanced our group so it would be a shame as they are good for Scottish football,” is the response of one chief executive.

Another with experience in navigating the system is forthright when the notion of upping the bar for the exceptions panel is suggested.

“From a sporting perspective, it would be impossible for most Scottish clubs. You would have to only look at players from places like the USA, Canada or Australia who qualify for a British passport, otherwise, you are really struggling to afford anyone who gets to 15 points or is a regular in a top 50 nation.

“Clubs would turn to the SFA and ask them what on earth they expect them to do.”