France‘s Transport minister warned the country is “not happy with the situation” as the two sides continue to be at loggerheads over permits for French vessels to operate in British waters after Brexit. Last month, Emmanuel Macron’s Government said 93 percent of the licences requested by France had been granted. This marks an improvement from the 60 percent of licences that had been issues to French fishermen six months earlier at the start of November 2021.

But Clement Beaune – a close aide of President Emmenual Macron – is furious at what he believes is a lack of progress since more permits were issued last December, repeating a legal threat France had also made last year.

The former Europe minister, who had previously said France wants a further 73 applications for its boats signed off, said although talks are continuing with the UK, “we are at the end of the road yet”.

He told a European Commission press conference in Brussels: “Our analysis is very simple – we are not 100 percent satisfied because we do not think the agreement has been implemented to the tune of 100 percent either.

“We, together with the commission, will be looking at all the levers at our disposal to see what can be done, because quite clearly we are not happy with the situation. 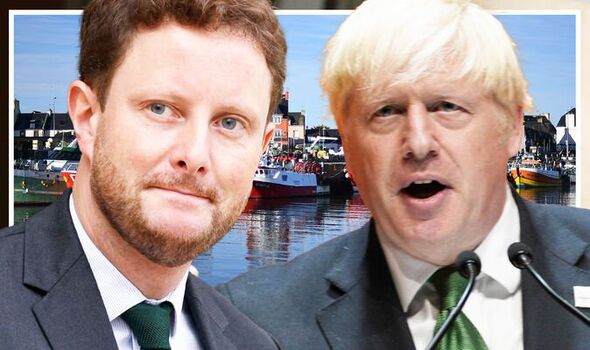 Brexit news: Clement Beaune has fired a new warning to the UK as the fishing row erupts again (Image: GETTY) 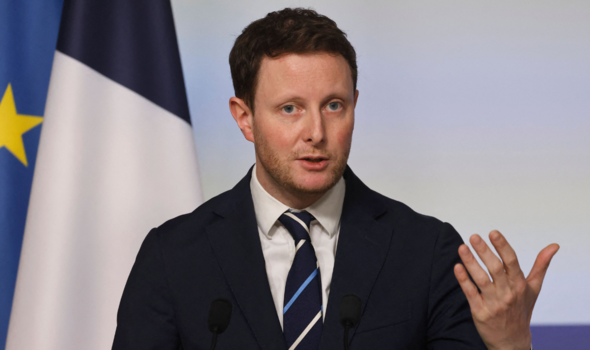 Brexit news: The French Europe minister is furious at the UK (Image: GETTY)

“We do have to continue our dialogue on this specific fisheries-related issue to ensure we can get those licences which have not yet been forthcoming.

“And as we said back in December, if dialogue proves insufficient then legal action may be necessary.”

France and the UK have clashed over fishing rights on several occasions, with this row focused on licences to trawl in UK and Channel Islands waters under the terms of the post-Brexit trade deal between Britain and the European Union.

Prior to Brexit, French fishermen were under no hard restrictions when fishing in British waters. 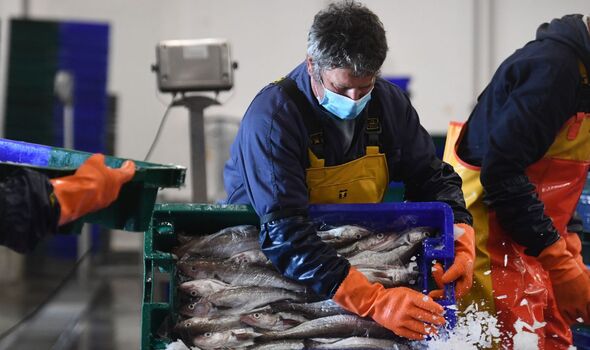 Brexit news: French fishermen have been left frustrated with Britain since the UK left the EU (Image: GETTY)

But that has all changed following the UK’s split from the bloc, with French fishermen now requiring a special licence from Boris Johnson’s Government or the crown dependencies of Jersey and Guernsey to operate in certain areas.

Both sides have been at loggerheads over licences to fish in waters around the British coastline and in particular to smaller French vessels, which need to prove they operated in those areas before Brexit.

Last December, Mr Beaune had launched another furious attack against Britain after warning the process of legal action against it over post-Brexit fishing licences could begin in a matter of days.

The furious minister said there would be high-profile meeting with EU representatives on January 4 and litigation at a special tribunal put in place by the Brexit accords will start in “the very first days of January”. 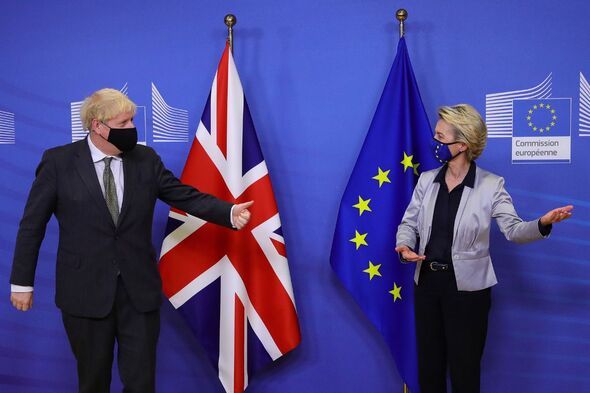 Brexit news: The UK and EU signed a trade deal at the end of 2020 (Image: GETTY)

A week earlier, France had warned it would sue Britain within a matter of days over the long-running row.

Mr Beaune had urged the EU to begin legal action after accusing the UK of refusing to grant enough fishing boat access.

He had said: “We are going to ask the European Commission to initiate a legal procedure for the remaining licences that we feel that we are entitled to.”

A European Commission spokesman said at the time they would “examine together with the French authorities the legal circumstances around every requested licence which has not been granted”.

Just days earlier, the UK and Jersey Governments had issued licences to French fishing vessels, raising hopes the long-running feud over the post-Brexit rights to fish in British waters could be resolved. 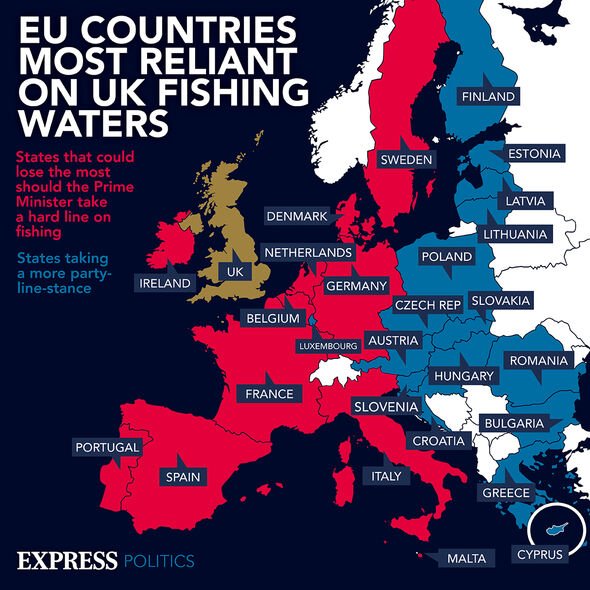 But speaking to French news channel CNews, Mr Beaune warned the issue was far from being resolved.

He said: “We still have a few dozen to obtain, around 60.

“We are looking at every file that remains. We will not let down any of these fishermen.”

The French minister also warned talks on the remaining licences could go down the path of “dialogue” or “legal proceedings”.