Ms Widdecombe was speaking after the announcement of a new British-French taskforce aimed at preventing any repetition of the massive traffic queues at the ports last weekend. However, the former Brexit Party MEP was not confident French President Emmanuel Macron’s Government was serious about finding solutions.

Dismissing suggestions that the disruption stemmed from Britain’s decision to sever ties with Brussels, she told Express.co.uk: “What it actually is, is the French trying to punish us for Brexit. It isn’t Brexit itself and it never was.

“We could make the Northern Ireland deal work if the other side was willing.

“But they’re not – they want to make things as hard as possible. So, therefore, the French just make sure they don’t have enough people manning the checkpoints.” 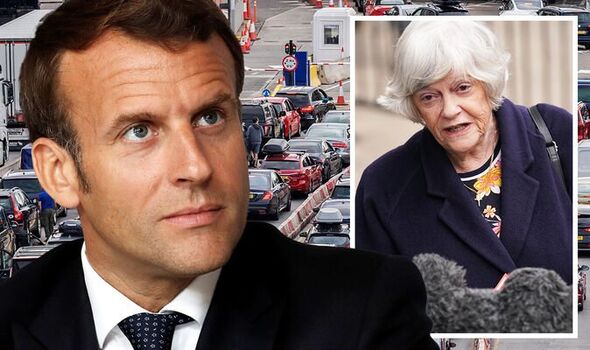 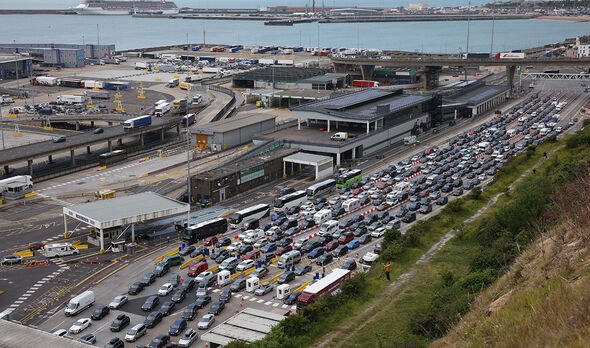 Ms Widdecombe knows the area well, having served as the Tory MP for nearby Maidstone from 1987 until 2010.

She said: “It did get very hairy last weekend – people were sleeping in their cars for vast quantities of time.

“I blame the French for not having enough people on. They knew what was going to happen, and it’s not the first time it’s happened either.” 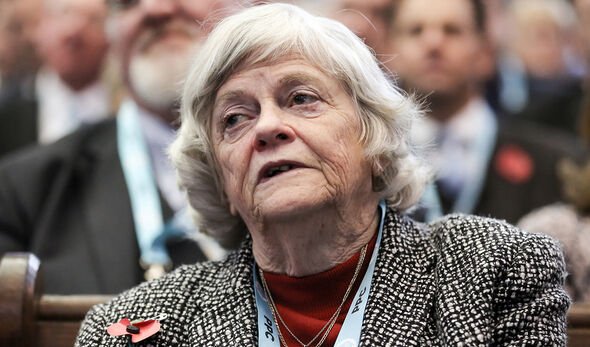 Speaking last Friday, Port of Dover chief executive Doug Bannister said French authorities had only provided half of the required staff needed at the border having earlier in the day declared “a critical incident,”

It comes after tens of thousands of families saw their cross-Channel journeys ruined last weekend by gridlocked traffic and delays of several hours, blamed on a shortage of French border officers and a serious crash on the M20 coinciding with the school holidays.

Mr Douglas and Ms Lafourcade said: “France and the UK have been working closely together over recent days to prepare for the management of our shared border through the current period of increased passenger traffic. 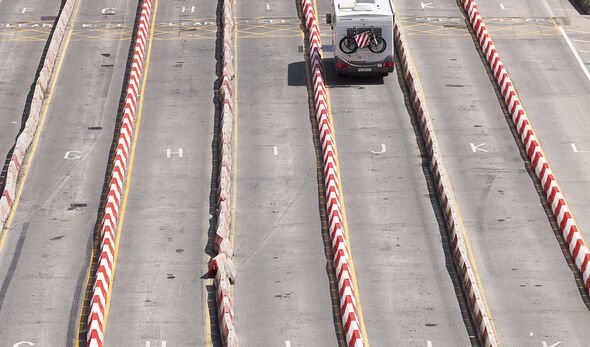 “Both Police Aux Frontieres and UK Border Force, in partnership with the port operators, have put plans in place at the juxtaposed controls on both sides of the Channel this weekend to maximise passenger flows.

“France and the UK will continue to work together intensively to support fluidity of freight and passengers across the Channel through the summer period and beyond.”

The Cabinet Office said earlier on Friday that UK and French officials have had regular discussions this week on the travel chaos.

They have now established a new UK-French Passenger Technical Working Group, which will meet weekly during the summer in order to prevent further disruption for passengers travelling to either side of the Channel. 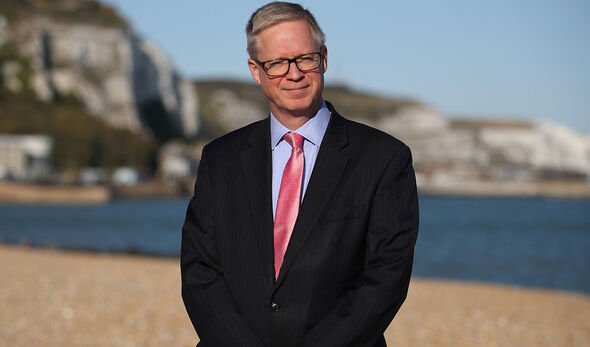 Traffic enforcement has also been put in place to keep roads passable around Dover and Folkestone, the Cabinet Office said.

Earlier, several major roads throughout the UK were again hit by congestion, affecting holidaymakers heading to the south and south-west of England.

This was due to a combination of the first switchover days for holiday lets during the school summer holidays in England and Wales, a rail strike, the Commonwealth Games in Birmingham, and the start of the Football League season in England.

The AA put its first “amber traffic warning” in place on Friday and for Saturday between 11am and 3pm.

Most of the M25 was congested while the M5 heading south-west was seeing start-stop traffic.

Jams were also slow-moving on the westbound sections of the M4 towards Bristol, the M55/M6 interchange near Preston, Lancashire, the M42 east of Birmingham, the M60 and the M62 in Manchester and the A64 into York.

In Dover and Folkstone, the operation was much smoother on Friday, with P&O Ferries saying there were “no queues at border controls and traffic is free-flowing through the port”.