The Treasury Department’s Office of Financial Research launched a digital platform on Thursday that will help financial regulators mitigate the risks of climate change; however, experts say that this action furthers the Biden administration’s ability to push through its climate agenda.

The pilot program will provide data, as well as computing and software tools, to aid federal regulators and policymakers to better see links between climate change and its impact on the financial system, according to a Thursday press release. Data from the platform will be used by regulators and policymakers to connect finances to climate change and streamline their legal process, which could lead the government to crack down on fossil fuel investments, according to experts. (RELATED: Democrats Plan To Shell Out Almost $80 Billion To Supersize The IRS)

“These trends have no impacts relevant to business finance,” David Kreutzer, senior economist at the Institute for Energy Research, a non-profit organization that researches government regulation of energy, told the Daily Caller News Foundation. “This is another part of the administration’s all-out government attack on conventional energy production, which can only add to our already high prices.”

Tools on the platform will help officials examine the economic risks of wildfire, deteriorating crop conditions, precipitation and other issues that the Treasury Department attributes to climate change. However, experts argue the Treasury Department lacks the scientific acumen to adequately assess these risks and question whether climate trends should be considered in financial regulations.

“They have no expertise on climate science and that’s deeply problematic,” David Burton, senior research fellow at The Heritage Foundation, a conservative think tank, told the DCNF.

The Financial Stability Oversight Council (FSOC) originally recognized climate change as an emerging threat to the economic stability of the U.S. in a 2021 report. FSCO’s report dedicated an entire chapter to collecting data methods, stating that stakeholders required more information to accurately determine how the climate was affecting the financial system. 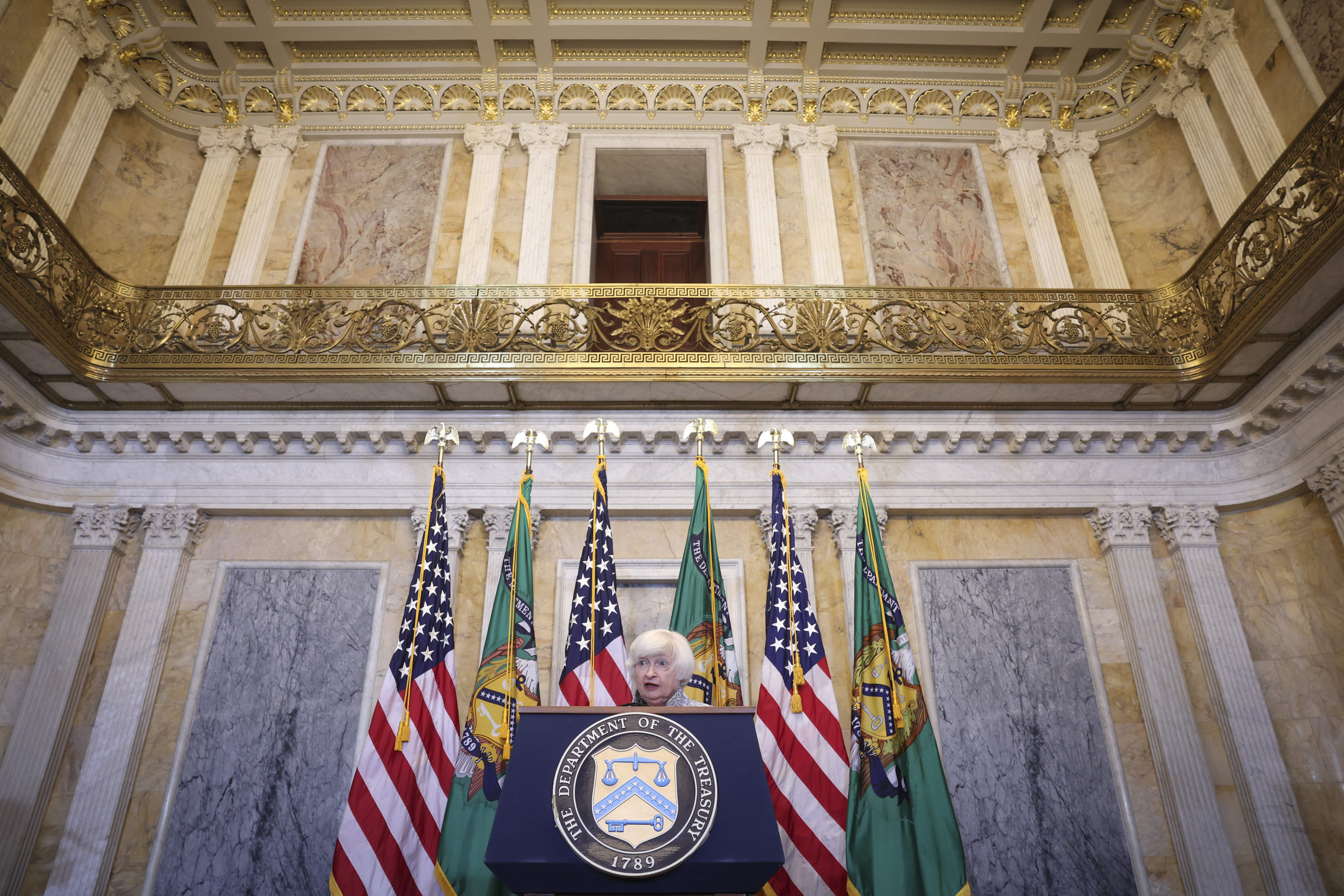 The council’s move comes amid the Biden administration’s attempts to accomplish its bold climate and “environmental justice” goals, using a wide range of government agencies to implement its agenda.

For example, the U.S. Labor Department also proposed a regulation in 2021 that would encourage retirement-fund managers to consider climate change when investing workers’ money. More recently, the Securities and Exchange Commission (SEC) proposed climate disclosure regulations in March that would force private companies to release carbon emissions data to the agency.

“It’s part of a government-wide effort to impose climate change-related rules on finance in almost every government agency,” said Burton.

Access to the platform will be initially limited to the Federal Reserve Board of Governors (FRB) and the Federal Reserve Bank of New York (FRBNY), with the goal of expanding access to all FSOC agencies. However, no timeline was provided on when the resource would be made more widely available.

The U.S. Department of the Treasury did not immediately respond to the DCNF’s request for comment.

Content created by The Daily Caller News Foundation is available without charge to any eligible news publisher that can provide a large audience. For licensing opportunities of our original content, please contact licensing@dailycallernewsfoundation.org.