A recent Brexit report highlighted the resilience of Irish companies and opportunities of an all-island economy. The economic uncertainty caused by the Brexit referendum in 2016 has undeniably shaped the outlook and preparations of businesses in Ireland.

Speaking to the Irish Examiner, senior lecturer at UCC and author of the report  Cork and the Brexit Effect, Dr Mary Murphy, said: “Brexit is a potentially transformative movement for the island of Ireland.”

“In terms of actually dealing with Brexit I think there’s a need to bring that discussion outside of Dublin and to be aware of the regional impact that Brexit has,” she added.

The study used focus groups of industry leaders in Munster to gather insight into the challenges posed by Brexit, with many companies weathering the Brexit storm “quite well”, according to Dr Murphy.

Dr Michelle Carr, senior lecturer at UCC and author of one of the chapters of the report, pointed to the resilience of managers in Irish companies that she said has helped to support businesses through the economic uncertainty brought about by Brexit.

“The generation of managers that are in place in Irish companies right now are agile and resilient and have experienced crises. That stood to them,” Dr Carr said.

I think there is something unique in Irish culture in terms of rolling up the sleeves and getting the job done.”

Dr Carr noted that for many firms, the reality of the financial crisis had not been forgotten and there was a distinct awareness that external events can have a major impact on Irish companies.

“They realised that Brexit could cost them their jobs if they didn’t get prepared for it but they knew that if they got prepared they could weather the storm again.” 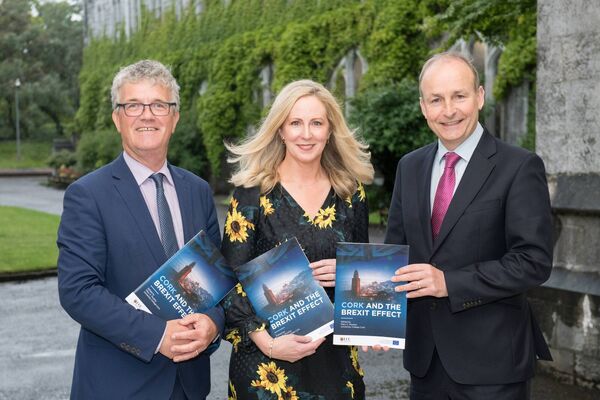 While much of the controversy about Brexit has centred around the economic situation in Northern Ireland, Dr Murphy said the location of Cork has meant issues such as uncertainty around the Northern Ireland Protocol have had less impact in comparison to Dublin and the border counties.

However, the Munster region still has the opportunity to garner benefits from the Northern Ireland Protocol, according to Dr Murphy.

Possible opportunities listed in the report include establishing Cork’s current participation in the all-island economy and encouraging networking between businesses on a cross-border basis.

A further suggestion focuses on fostering Cork’s relationship with all-island economic corridors, such as the Wild Atlantic Way, as well as developing an Atlantic economic corridor from Derry to Cork. It also highlights the need to work with local sectors already embedded in the all-island economy, such as logistics, tourism and the agri-food sector.

Speaking about the opportunities available to the region, Dr Murphy said: “The Taoiseach’s shared island agenda is part and parcel of this. Cork hasn’t really invested in that.”

She highlighted the need for “increased engagement to drive forward the opportunities available to the city of Cork and Munster region in order to reap the benefits and gains there”.

However, the opportunities that are available are not simply limited to business and the economy. Dr Murphy highlighted the role of Munster’s further education sector in providing cross-border educational opportunities.

More than 36,000 students are enrolled in third-level academic institutions in Cork, including University College Cork and Munster Technological University. Yet there were just 57 students from Northern Ireland registered at MTU and UCC in 2020/21, which is fewer than the number from England, Scotland, and Wales. 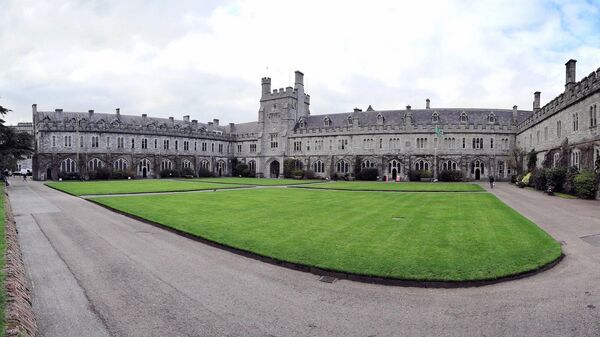 More than 36,000 students are enrolled in third-level academic institutions in Cork, including University College Cork, above, and Munster Technological University.

Therefore, the report suggested the development of a road and rail network for the island that would reposition Cork as a southern hub with connectivity along an Atlantic corridor to Derry and Belfast.

Dr Murphy also pointed to the importance of solving challenges such as accommodation shortages, as well as infrastructural and funding issues, in order to encourage greater levels of cross-border study.

Dr Carr noted that prior crisis events had informed many Irish food companies’ strategies for rationalising risk. These included previous experiences of the 2008 financial crash or dealing with the outbreak of foot and mouth disease.

Irish food companies were particularly unique in how prepared they became for Brexit, how much resilience they showed and how much planning they underwent, according to Dr Carr.

Yet the primary unresolved issue with Brexit remains the NI protocol.

While issues with trade have stabilised after much planning and preparation, Dr Murphy said “how the protocol is managed will really decide the extent to which stabilisation can or cannot continue”.

Much of this centres around the approach of the next British prime minister. Dr Murphy highlighted the uncertainty created by the ongoing instability in British politics.

If Liz Truss is prime minister, there would be very serious concerns that the protocol issue will not be resolved.

“If the protocol issue isn’t resolved, it will probably reach a point where there will be a trade war between Britain and the rest of the European Union. That’s a real crisis situation for business across the island of Ireland and across the Republic of Ireland,” Dr Murphy said. 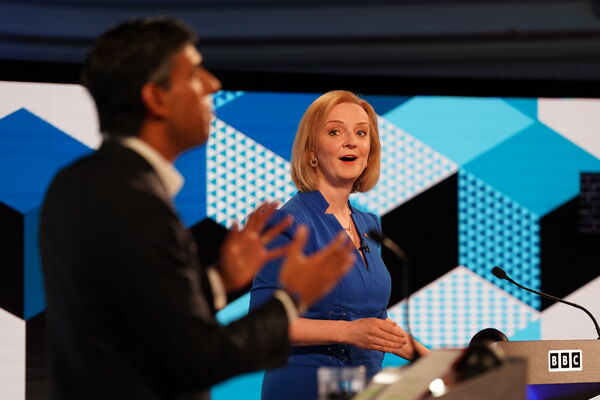 The next British prime minister is set to be announced on September 5.

The future of the protocol is also a concern for Dr Carr, who said: “I do think that Irish food companies will struggle if the Northern Ireland protocol doesn’t go our way.” However, striking a cautiously optimistic tone, she said: “I think they’ll be ok,” adding that “it will damage their growth rather than damage their profits and sustainability”.

Perhaps the biggest challenge Irish food companies have faced during Brexit has been the changes to their supply chains.

“All companies have looked at their supply chain and made significant decisions about the UK land bridge and relying less on it.” 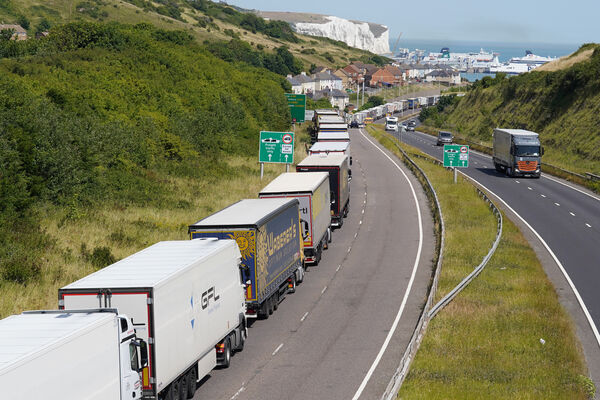 Lorry drivers queue along the A20 in high temperatures, waiting to enter the Port of Dover in Kent.

Indeed, this is seen in the increase in direct ferry services between Ireland and continental Europe since the referendum.

Dr Carr said she had heard from food companies who had made the decision to be less reliant on the UK and instead were choosing to locate new distribution centres and supply chains in central Europe.

While Irish companies await further information regarding the future of the Northern Ireland Protocol and the removal of grace periods, many are beginning to look toward the future in an attempt to seek out new opportunities and benefits for the Irish economy.