After the COVID pandemic, the financial industry quickly adapted to the digitalisation process assumed at a global level due to the necessity imposed by the sanitary crisis. The fintech industry continues to develop at great speed, and this change is noticeable not only in the private sector but also in the public one. Most central banks started to examine how CBDCs (Central Bank Digital Currencies) could become an everyday reality, invested in researching what could be the advantages and disadvantages of implementing them, but also how this process should happen, in what kind of legislative framework. Even though this was a hot topic before the pandemic, COVID-19 can be considered the turning point where the need for CBDCs development became apparent.

To clear out critical aspects of adopting digital money by the governments and how regulators should relate to this new reality, we discussed with Linardo MartinÄeviÄ‡*, Advisor in the Office of the Governor and FinTech coordinator within the Croatian National Bank (CNB) and with Péter Sajtos, Head of Digitalisation Policy Department within the Central Bank of Hungary. Both financial experts will be present on the 13th and 14th of July, at Oradea, at Unchain Fintech Festival, the first fintech and blockchain event of the CEE Region, where they will discuss the latest trends in the industry.

We had digital money for decades already, both as public and as private money, but when it comes to introducing the digital form of countries’ fiat currency as retail public money, special attention is needed from regulators and market players in order to ensure not only the optimal running of such money but also a solid legislative framework.

The implementation of CBDC would mean, grosso modo, safer and cheaper payments, but also cross-border payments. However, certain crucial risks would arise in general for the economy, for financial stability in particular.

‘On the one hand, it could be interpreted as the duty of central banks to provide sovereign money to the public, which is secure, cheap, widely acceptable, convenient, and inclusive. But on the other hand, one of the major threats to its success could be the attractiveness of the CBDC, which may destabilise the financial system by stripping banks of their deposit base. If such disintermediation reduces banks’ abilities to do one of their main activities, i.e., to provide credits, then we – as central bankers, would need to find a way to put the money back into the system. Whether directly, which is always politically sensitive, or indirectly by further expanding our balance sheets and potentially creating even more moral hazards’, states Linardo MartinÄeviÄ‡ regarding the risks that could arise with the implementation of CBDCs.

However, in this paradigm shift, benefits would be commensurate, further explains the Croatian expert, because CDBC would be equivalent to a valuable tool for fostering competitive, more resilient, and innovative payment systems: ‘Competitive by allowing a broader range of participants to directly compete while simultaneously reducing the capital requirements for those participants; resilient by robust design choices; and innovative by allowing both companies and individuals to directly compete on a level playing field and utilise their productive and innovative capacities on a full scale’.

Another great advantage would be one of mentality change, states Péter Sajtos. In his opinion, if there is an element that could gear up the financial industry that would be the stablecoins and CBDCs because ‘these can renew the thinking in a digital way regarding financial services’.

Péter Sajtos places great importance on solid research of CBDC before its full-scale implementation because development directions that may arise must be taken into consideration. ‘For example, in a stablecoin system, the phase of collateral can be fully modernised, and it can be an interesting path in finance to modernise the collateral management to make better alignment and more transparent and fast financial services’.

Finding the right balance is the most challenging task for regulators

One of the major points of discussion when it comes to the potential implementation of CBDC is how and when financial regulators, usually state agencies, should step in. The task is difficult because in such a position one needs to see the whole picture of the massive financial ecosystem, to be able to grasp changes, their consequences, good and bad outcomes, and so on.

If put in comparison, it’s like the financial future is running in a marathon towards our current economic and social frameworks when they still don’t have the suitable running tracks for it, i.e., the proper legislation.

‘In general, for regulators, it is quite a challenge to cope with it, but we are aware that innovation and digital development happen so fast that we have to catch up. We see a lot of innovations that use or are based on technologies or processes we have never seen before, so we have to understand them well, act very fast and decide if these technologies, business models, and digital developments are favourable or remain risky’, states Péter Sajtos.

Linardo MartinÄeviÄ‡ shares the same opinion, pointing out that for regulators a considerable challenge is to resolve whether to stand aside and allow innovation or step in and manage, regulate, or even stop them. ‘Finding the right balance and acting timely is one of the most challenging tasks we face’, he says. Even though at most times, the Croatian National Bank just observed the developments in the market, there were times when it also acted. For example, when seeing a growing interest of citizens in the crypto assets, issuing statements to these consumers about the risks involved in such digital transactions.

On the other hand, the question about the challenges and actions of regulators can be rephrased: ‘Are all these developments coming from non-banking financial companies, FinTechs’ and DeFi evolution or revolution?’ Depending on the answer, we will have two entirely different views on the subject.

If developments emerge from the evolution of these elements, then regulators are still able to track the way a financial system goes: they can observe existing patterns and mechanisms and still catch up before risks become excessive or entities too big to fail.

‘However, in the case of the latter, where the potential significant revolution of the financial system materialises, we would most likely be unable to reach our goals within prescribed mandates, capacities, and efforts. In this case, we would need a structural shift that is outside the box and is currently too hard to predict where and in what form it will eventually end. In other words, in the case of revolution, we would need to rethink the institutional regulatory perimeters and the scope of our authorities’ mandates’, explains MartinÄeviÄ‡.

In any case, the best thing to have for the future is global regulatory coordination and cooperation. If not, the representative of Croatian National Bank considers, ‘we could end up in financial fragmentation and regulatory arbitrage, or to resemble SEC Chairman Gary Gensler, we could end up in the financial version of the Wild West’.

To avoid the scenario Gensler paints, most central banks need to assume an active role in nurturing participants’ funnels on the whole market, says Péter Sajtos. For example, the Central Bank of Hungary made some steps in this regard, publishing in 2021, recommendations dedicated to the digital transformation of credit institutions, topics that need to be considered when setting up expectations and suggestions for good practices on the institution side, on how to achieve a comprehensive digital transformation. ‘The bank regulators have to be open-minded for innovation, that is an important lesson I believe. We believe that our role and task is to highlight the need for digitalisation and innovation’, points out Péter Sajtos.

Both banks of Croatia and Hungary created innovation hubs for easing the process of digital transformation. In the former case, the hub acts like a contact point where market players can receive support in applying the regulatory framework within the bank’s areas of competence, like supervision, oversight, and licensing concerning innovation related to the provision of banking or payment services. According to MartinÄeviÄ‡, it is a platform that allows an easy exchange of valuable and necessary information.

In Hungary, the situation is similar. They have a hub to support anyone who wishes to innovate with information on interpreting the laws, the decrees, or other regulations. Of course, some issues are raised by the market players, and it is only natural, Péter Sajtos considers. That is because most of the legislations are in general not written in the context and manner of digital service provision and digital business operations.

‘Some of the startups or innovators see that the legislation is not really suited to the digital journey, but there are also a lot of requirements the central bank has to evaluate. We are open to listening and for consultation and we have a good relationship with the banking association, we have a fintech association in Hungary as well, and we try to have a consultative approach’, states the Hungarian specialist.

However, some people might say that such hubs do not generate much of a change. Linardo MartinÄeviÄ‡ begs to differ, pointing out that innovation hubs and regulatory sandboxes across the EU are a good starting point for identifying best practices and aligning regulatory approaches. A cooperative and a soft law approach, he names it.

‘One step further could be the enactment of the common regulatory framework prescribed in the draft Markets in Crypto Assets Regulation (MiCA) that is currently in the process of political negotiations between EU institutions. In both cases, levelling the playing field for challengers and incumbents is strongly desired from our point of view’, adds MartinÄeviÄ‡.

CBDCs are a way that would permit central banks to be part of the global crypto revolution, while still maintaining control over the monetary policy. That is because CBDCs are not and will not be a random token that was created by a state entity instead of a private one but is rather a product subjected to centralised control. Adopting digital money by banks would bring a lot of advantages, allowing a new era for the payments segment, but before that happens the legislative foundation must be laid out by regulators who, as Péter Sajtos states, must keep an open mind for innovation to see the whole picture so they can draw the necessary recommendations for a digitalised market. 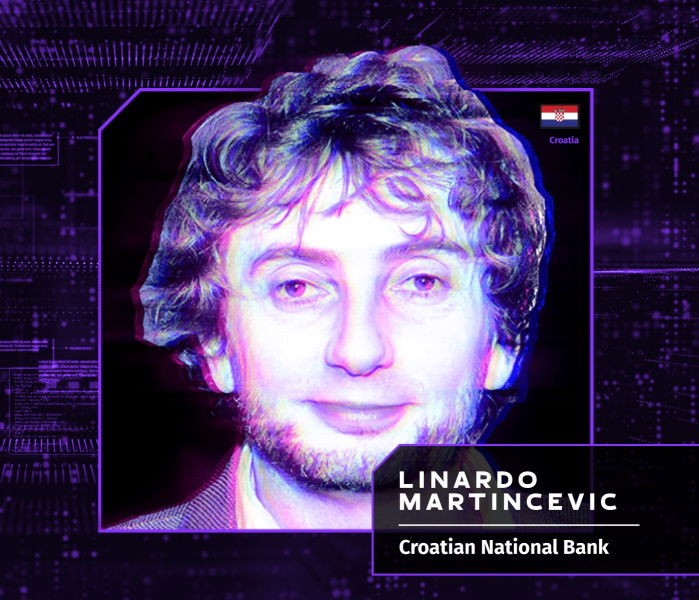 Advisor in the Office of the Governor and FinTech coordinator within the Croatian National Bank (CNB).

Head of Digitalisation Policy Department within the Central Bank of Hungary.