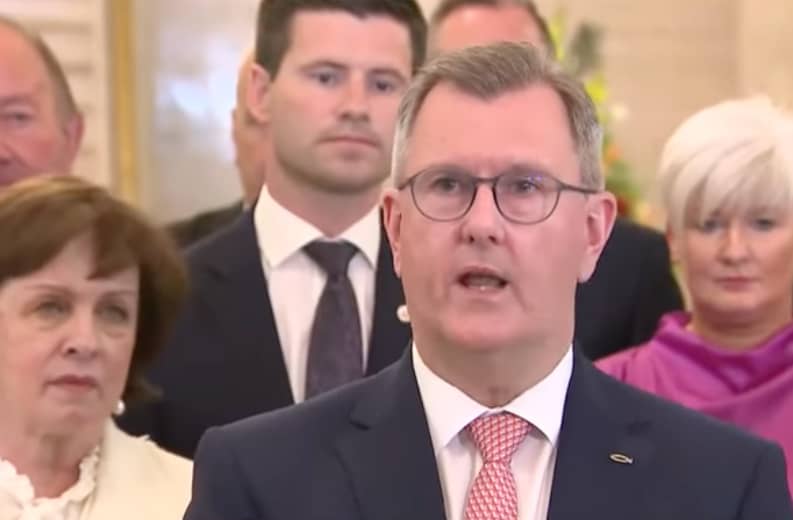 The British Pound could be set for further meaningful weakness if the UK overrides elements of the Northern Ireland Protocol, according to a noted analyst we follow.

Robert Howard, an analyst for Reuters’ markets desk, says the Pound would potentially drop to a psychologically significant level against the Dollar if tensions between the EU and UK flare up over the matter.

Reports out this week suggest the UK could be about to override elements of the Northern Ireland Protocol, which forms part of the Brexit agreement between the EU and UK.

“A unilateral overhaul of those rules by the British government could prompt retaliation from the EU, which could negatively impact the UK economy and sterling sentiment,” says Howard.

Such a development would come at a time of pervasive Sterling weakness linked to a well established Dollar rally and fears for the UK economic outlook.

The Protocol stipulates that goods travelling between Northern Ireland and the rest of the United Kingdom must be subject to checks, a situation fiercely rejected by Unionist parties in Northern Ireland.

The issue came to a head this week after the Democratic Unionist Party reaffirmed it would not agree to the formation of a government in Northern Ireland with Sinn Fein owing to their objections to the protocol.

Sinn Fein was the biggest party following elections for the Northern Ireland legislature but the Good Friday Agreement states a government can only be formed on the consent of both Unionists and Republicans.

UK Foreign Secretary Liz Truss is reported by the Times as saying the UK is prepared to unilaterally override sections of the Treaty in order to bring Unionists back on board.

“Cable could fall to 1.20 for the first time in over two years if Britain unilaterally scraps large parts of the post-Brexit Northern Ireland protocol agreed between the European Union and Britain in 2019,” says Howard. (Set your FX rate alert here).

Any idiosyncratic declines in Sterling would come at a time of intense selling pressure linked to last week’s Bank of England policy update. 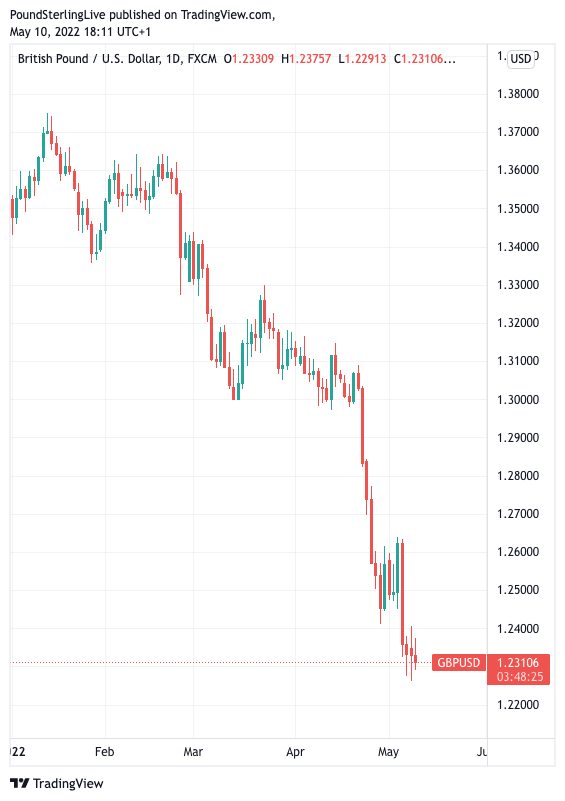 Above: GBP/USD is already vulnerable heading into a potential flare up between the EU and UK.

With sentiment already weak further selling might not require too much encouragement from a flare up in EU-UK tensions.

The UK has accused the EU of not addressing the issue of UK-NI border checks in recent negotiations aimed at overcoming Unionist concerns, but the EU says it cannot fundamentally change the Treaty as it protects the EU’s single market.

The UK could announce its intentions as soon as Friday May 13, reports the Times.

Ahead of the completion of Brexit at the end of 2019 the Pound proved highly sensitive to Brexit headlines and investors will therefore take note of rising tensions.

But any negative fallout would ultimately depend on how far the UK goes, and how harshly the EU responds.

Both sides will be keen to avoid any major flare up, but for the Pound the increased uncertainty will prove unwelcome.