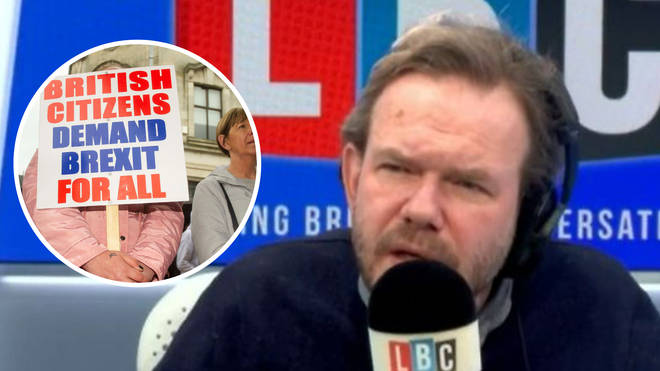 James O’Brien clashed with caller who said he voted for Brexit in part because ‘I don’t like the anthem’.

The LBC host was discussing the impact of the Northern Ireland protocol, following media reports it could be gutted.

He spoke with a Northern Irish unionist who said he had voted for Brexit in 2016 because “I don’t like the European Union”.

Asked by James to go into more detail he added: “Because I don’t like the anthem.”

James, looking visibly shocked, replied: “You voted Brexit because you don’t like Beethoven?”

The caller went on to argue the Northern Ireland protocol “has to go” as “the European Union is making laws over our land and we have no say over them”.

Foreign Secretary Liz Truss is rumoured to be preparing a bill which would scrap key parts of the protocol.

According to The Times, legislation is being prepared that would end checks between Northern Ireland and the rest of the UK and strip power from the European Court of Justice.

Boris Johnson agreed to the Northern Ireland protocol, which introduced a partial regulatory border with Great Britain, to secure his Brexit deal.

However, it has infuriated Northern Irish unionists, who argue it undermines their place within the British union.

Any move to undermine the protocol is likely to provoke a furious response from Brussels and Sinn Fein, which won the most seats at last week’s Northern Ireland Assembly elections.