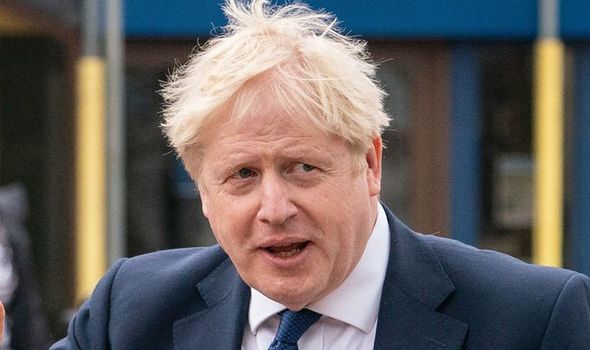 Ministers say the free-trade agreement would double UK exports to the economic superpower, help create tens of thousands of jobs here and ramp up wages.

The UK wants a deal that slashes barriers to doing business and trading with India’s £2 trillion economy and market of 1.4 billion consumers, including cutting tariffs on exports of British-made cars and Scotch whisky.

Online business, the service sector and green industries will also see a boost.

A pact with the world’s largest democracy would also be a big step forward in the UK’s strategy to refocus trade on the Indo-Pacific, home to half of the world’s population and 50 percent of global economic growth.

The negotiations follow hot on the heels of last month’s historic post-Brexit trade deal with Australia which will unlock an extra £10 billion in trade.

“As we take our historic partnership with India to the next level, the UK’s independent trade policy is creating jobs, increasing wages and driving innovation across the country.

“The UK has world-class businesses and expertise we can rightly be proud of, from Scotch whisky distillers to financial services and cutting-edge renewable technology. We are seizing the opportunities offered in growing economies of the Indo-Pacific to cement our place on the global stage and deliver jobs and growth at home.”

It is hoped a full deal could be wrapped up by the end of this year.

She said:  “A deal with India is a golden opportunity to put UK businesses at the front of the queue as the Indian economy continues to grow rapidly.

“By 2050 India will be the world’s third largest economy with a middle class of almost 250 million shoppers. We want to unlock this huge new market for our great British producers and manufacturers across numerous industries from food and drink to services and automotive.

“As an independent, deal-making nation the UK is broadening our economic horizons and forging stronger partnerships with the fastest-growing economies of the world. India marks the start of our ambitious 5-star year of UK trade and will show how the deals we negotiate will boost the economies across all nations and help level up all regions of the UK.”

Ms Trevelyan is expected to use the visit to open the prospect of relaxing immigration rules for Indian citizens – a key demand from Delhi.

She is backed by Foreign Secretary Liz Truss who has put securing closer ties with India at the top of the government’s agenda to counter the influence of China.

One option being looked at is a scheme similar to the one agreed with Australia, which would allow young Indians the chance to come and work in the UK for up to three years. Another option would be to cut visa fees for students and allow them to stay in Britain for a period after they graduate.

There could also be reductions in visa fees for both work and tourism. At present it can cost an Indian citizen up to £1,400 for a work visa, while students pay £348 and tourists £95. For British tourists travelling to India the fee is £110, while a one-year business visa costs £165.

What is happening where you live? Find out by adding your postcode or visit InYourArea

India is one of the world’s biggest and fastest-growing economies and its growing middle class is forecast to increase to a quarter of a billion consumers by 2050.

The country is set to become the world’s third biggest economy by 2050, with a bigger population than the US and EU combined.

Lord Karan Bilimoria, CBI President, said: “With India, a rapidly advancing global economic superpower, this trade deal can unlock a new era of partnership and pave the way for significant trade and investment opportunities for UK and Indian businesses.”

Mike Hawes, Society of Motor Manufacturers and Traders (SMMT) Chief Executive, said: “This presents major opportunities for UK automotive companies which, due to their global competitiveness, diversity and expertise, have already proved attractive for Indian investment. Key to any future trading relationship will be the progressive removal of tariffs, enhanced trade facilitation and reducing other barriers to trade, which can be highly complex and burdensome.”

The first round of negotiations are expected to start next week – making it the UK’s quickest start of formal talks between negotiating teams following a launch.

A free trade deal aims to encourage trade – usually in goods but occasionally in services – by making it cheaper.

This is often achieved by reducing or eliminating tariffs – taxes or charges by governments for trading goods across borders.

Trade agreements also aim to remove quotas – which are limits on the amount of goods which can be traded.

Since Brexit, the UK has had the freedom to pursue its own trade deals. So far, it has signed trade deals and agreements in principle with 69 countries and one with the EU.