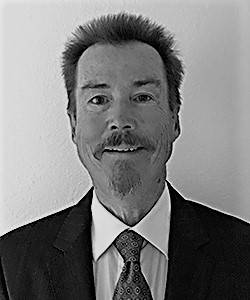 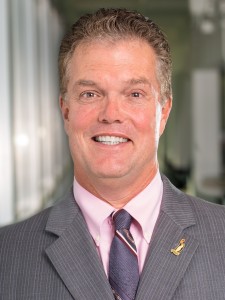 To investigate historical antecedents for the likely effects of Brexit, Kevin B. Grier and Michael C Munger consider the effects of Britain’s decision to join the EU on New Zealand’s economy. They find that its loss of preferential trade status in 1973 created a lost decade for New Zealand. They also find that while its 1980s ‘liberal’ reforms did put the country back on a path parallel to its pre-1973 one, they did not come close to restoring New Zealand’s income to the level it would have been, had Britain not joined the EU.

Was Brexit a mistake? The Leave side garnered 17.4 million votes; Remain was preferred by 16.1 million voters. Nearly 13 million voters watched indifferent or apathetic. All three groups had beliefs about the outcome. And although the vote was relatively close, the margin for Leave was more than 1.2 million. So more people thought that the nation, or those people themselves, would be better off if the UK left the EU.

But those beliefs, on both sides, were based on (at best) informed conjecture. The dissolution of a federation or union has few precedents to use for comparison. In a recent paper, we advanced  a realistic comparison with striking similarities. We find that the costs of Brexit have so far been under-estimated, perhaps radically so. Our historical comparison is New Zealand losing its privileged access to British markets upon the UK accession to the EEC in 1973, which we dub ‘Brentry’. New Zealand is an (arguably) English-speaking island nation dependent on foreign trade. Roughly half of all New Zealand’s exports at the time were going to the UK tariff-free, just as roughly half of the UK’s exports went to the EU pre-Brexit. Of course, to evaluate the effect of Brentry on the New Zealand economy we need a business-as-usual counter-factual which we generate using the method of Synthetic Control. Compared to the ‘no Brentry’ counterfactual, we find that New Zealand was almost 20% poorer a decade after the loss of privileged access for 50% of its exports. This finding is illustrated in the following figure taken from our paper. 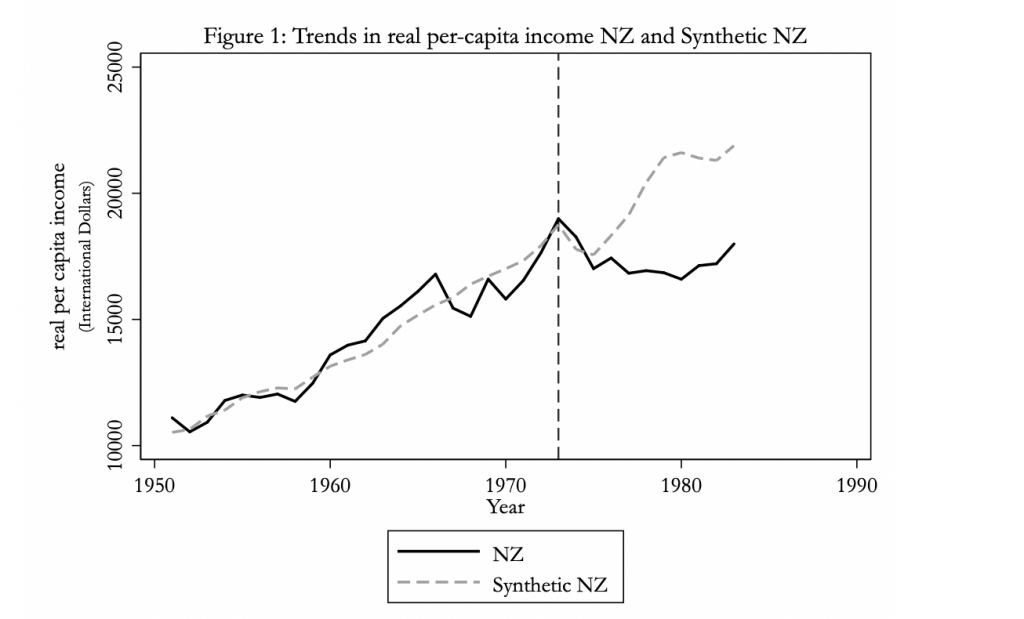 Some may object that the analogy is not informative, of course. The UK is less geographically isolated than New Zealand, possesses a unique global financial centre in the City of London, and it is now 2021, not 1973. But the current global political gridlock, and protectionist sentiments in many capitols –

including Washington, where the Biden Administration has shown little appetite for removing the trade barriers of its predecessor – make the comparison much more relevant than the most optimistic Brexiteers have so far cared to admit.  But suppose the comparison is only half apt. That still leaves the UK close to 10% poorer than it otherwise would have been, a number very much on the high side of other estimates. However, other estimates tend to be about raw numbers. Here we are estimating relative to a credible counterfactual. It is entirely possible both for UK real GDP to consistently grow and for Brexit to be economically costly.

And, in fact, it is already clear that Brexit is not going as planned. The UK did get a last minute ‘no tariff’ deal with the EU. But that has run aground on a giant iceberg of non-tariff barriers. Of the many new free trade deals the UK was touting, they have only completed one with Australia. Many smaller UK businesses have stopped exporting to the EU due to the rules and paperwork, and are looking for new markets elsewhere. And services were not included in the ‘no tariff’ deal at all. Transportation, especially trucking, has proved difficult to reorganise, based on a whole suite of difficulties ranging from licensing non-UK drivers to paperwork and standards requirements for entry into the EU from which UK products had until now been exempt.

A second finding of our paper is that New Zealand’s storied reforms of the mid-1980s did not put the country back on its pre-Brentry income path. In a very real sense, New Zealand never recovered from losing free access to British markets. The now-standard narrative that liberal reforms and new trade agreements set New Zealand right again within a decade simply do not withstand analytic scrutiny. This finding is also bad news for the UK’s post Brexit performance as we think the notion that the UK can reform its way out of any resulting economic consequences is extremely optimistic.

Our conclusion is pessimistic: if New Zealand’s experience with the ‘break up’ of the Commonwealth is any guide, then Brexit is likely to be economically harmful for the foreseeable future, and the losses will not be easily made up. And, of course, pointing out current UK macroeconomic averages are not dispositive. Brexit effects must be measured relative to a reasonable counterfactual. In 10 years’ time, we can use synthetic control to more directly answer the effects of the Brexit question. For now, though, we believe the example of New Zealand provides the best evidence available about the likely effects.

Note: the above draws on the authors’ published work in Social Science Quarterly.

Photo by Samuel Ferrara on Unsplash.