Tony Blair’s former spin chief took the Tory MP to task over when Bowie tried to claim the shortages are due to the pandemic and young HGV drivers being unable to sit tests to get their licence.

Campbell interjected and demanded Bowie said the “B-word” during an exchange on BBC Politics Live.

The discussion centred around reports that the Confederation of British Industry (CBI) is warning the UK faces two years of labour shortages.

READ MORE:  Nicola Sturgeon: What is the First Minister’s Programme for Government?

The industry body says supply problems will affect sectors from construction and manufacturing to retail and hospitality.

Bowie, MP for West Aberdeenshire and Kincardine, was asked what he believed had caused the shortfall in staff.

He said: “There are many reasons for the shortages of workers in the country that we’re seeing right now.

“Not least the coronavirus pandemic, not least because people have been retiring and because for example in the HGV drivers sector there has been no testing going on for a large portion of the year and for half of that we were locked down. And so there’s no young drivers coming in to sort of fill the gap left….”

However, Bowie didn’t get to finish as Campbell repeatedly shouted over him, “Say the B-word, say the B-word”.

The Tory MP responded by stating that Campbell was going to blame everything on Brexit and claimed there were labour shortages in France, Italy, Poland and the USA.

He said: “The Government understands there is an issue, we’re taking action to tackle that issue, working with business and industry very closely to make sure that we come up with the solutions necessary to make sure we don’t continue to have a shortage, but it is not because of Brexit.”

Campbell shot back and said that his claims were “complete fantasy”.

He said: “It is not 100% because of Brexit, but it is to a large extent because of Brexit, and also this idea, I just spent a holiday in France, I didn’t see empty supermarket shelves there, I didn’t meet any unemployed lorry drivers, they do not have the same issues and that is all part of the gaslighting, the one thing this government is good at.

“Can we please get in the real world and at least accept that many of the difficult challenges we are facing at the moment are in part, and in this case in a large part, related to the unforeseen, by him [Bowie], consequences of Brexit.

“At least we can then start to have an honest debate. But while we are living in this complete la la land where these empty shelves and the pigs that we’re about to destroy, this government that promised greater standards for animal welfare, and the problems that we’re seeing at Nandos and KFC and the Co-op, they have nothing to do with Brexit and HGV drivers going back to the European Union is complete fantasy.

“So get in the real world and have a real discussion about it.” 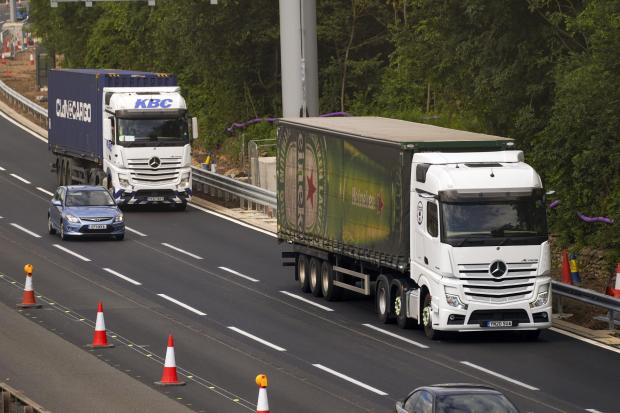 Bowie then tried to suggest that workers had returned to their “home countries” during the Covid-19 pandemic, and that the economic boom in Eastern Europe had kept them there.

Campbell replied simply to the claims by stating: “That is a new one on me.”

We previously told how food shortages could peak at Christmas with major problems facing the supply chain.

Industry groups warned MSPs that a lack of staff in the food and drink sectors is the key issue jeopardising the supply of goods and is being exacerbated by Brexit.

The National also told how Scotland’s GDP could be cut by a staggering £9 billion by 2030 due to Brexit.