It’s Excalibur #21 time… In last week’s Marauders #21, as the Hellfire Gala kicked off, Krakoa was host to one intriguing alliance of diplomatic visitors in its opening pages. With Russia, Madipoor, and British representatives arriving in concord.

With deals being done in the mingling of diplomatic crowds, with something to announce. Something we didn’t learn the nature of in Marauders…

…but we do in today’s Excalibur #21. And how. First we establish how Britain has been divorcing itself of its new mutant Captain Britain, Betsy Braddock, as she dances with Pete Wisdom. 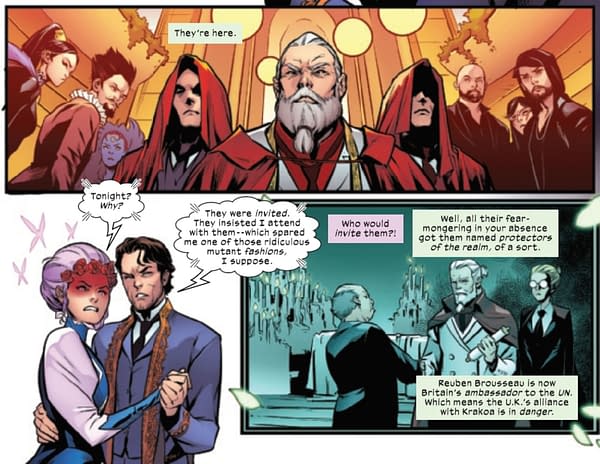 But that was just the starter, as British representatives make their new position very clear.

Great Britain is leaving the alliance with Krakoa. The one that provides it with medicines that extend life, treat dementia, and work as effective antibiotics without resistance. And a complete allegory for Brexit. And one that Captain Britain herself is not that pleased about.

But there is some disquiet about the future of the Braddock lighthouse on the Cornish coast, and a direct portal to Otherworld, as are similar lighthouses on many worlds, and once the home to Excalibur.

It appears that the Krakoans have a solution to that as well. If Britain can withdraw from its Krakoan alliance, treaties, and general levels of brotherhood… 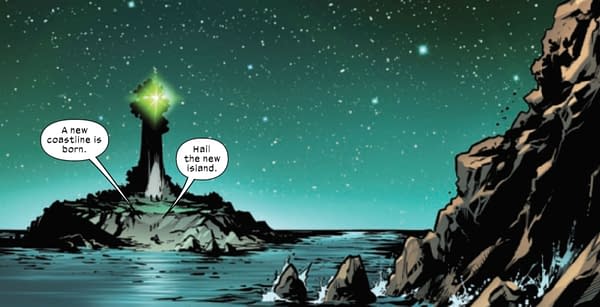 Then the island can Brexit from Britain as well. And we get a text confirmation as well. 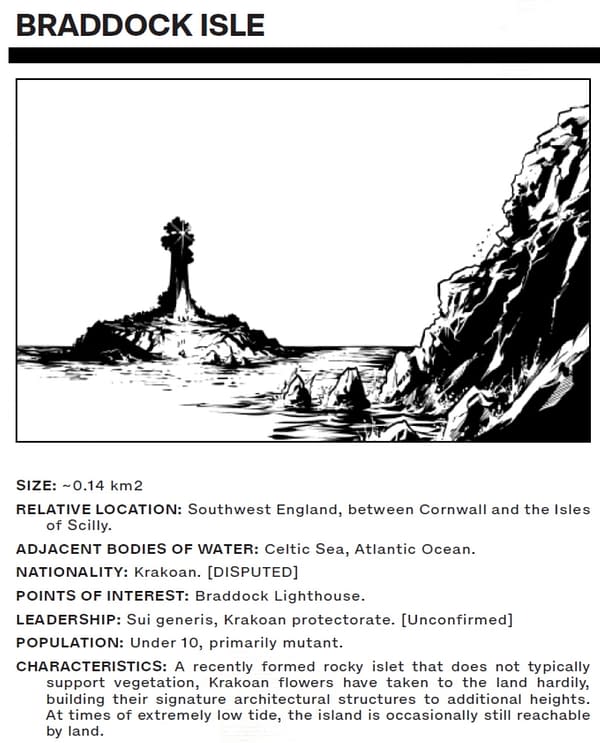 Welcome to Braddock Isle. Just seceded from Great Britain and a little piece of Krakoa on the doorstep of Great Britain. So not only is it Brexit but we also have an allegory for Cuba and the USA as well! Double bubble!

Tini Howard (A) Marcus To (CA) Mahmud Asrar
RICTOR HATES PARTIES. Even the nice ones. And with Captain Britain’s return to a changed world, this one is looking to be not so nice. Excalibur’s Earth-shattering HELLFIRE GALA issue will change Krakoan diplomacy forever. 32 PGS./Rated T+In Shops: Jun 09, 2021 SRP: $3.99