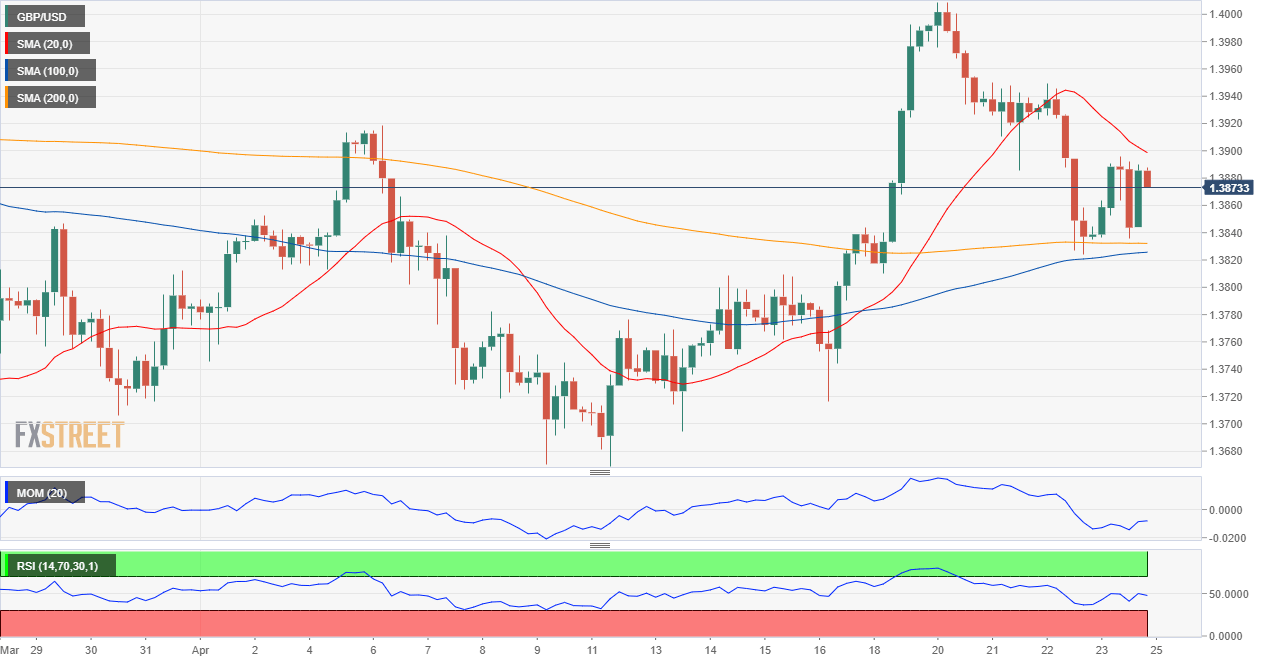 The pound benefited from the positive market’s mood, ending Friday and the week with gains in the 1.3870 price zone. UK data released at the end of the week was generally encouraging, as March Retail Sales were up 5.4% MoM, much better than the 1.5% expected. Yearly basis, sales jumped 7.2%. Also, the April Markit flash Manufacturing PMI printed at 60.6, while the services index came in at 60.1. Looser pandemic restrictions, as the UK immunization campaign is among the faster ones, pushed the private sector into the fastest pace of growth since late 2013.

On a down note, mounting tensions with the EU amid the absence of post-Brexit progress and failure to apply the Northern Ireland Protocol as it was initially tough, limited demand for the British currency. The UK won’t publish macroeconomic data on Monday.

The GBP/USD pair was unable to recover the 1.3900 threshold and settled just below the 38.2% retracement of its April advance at 1.3880. In the daily chart, the pair offers a neutral-to-bullish stance, as it settled above a mildly bullish 20 SMA, while the longer ones head firmly north below it. Technical indicators, however, are stuck around their midlines, lacking directional strength. In the 4-hour chart, the 20 SMA caps the upside, heading south at around 1.3900, while technical indicators hold within negative levels with limited bullish strength, indicating absent buying interest.