The government’s trade policy is “too secretive,” with ministers avoiding scrutiny and withholding the impact of its trade agreements from the public, a cross-party group of MPs and peers has said.

A new report published by the All-Party Parliamentary Group on Trade & Export Promotion, and backed by the International Chamber of Commerce (ICC) calls on the government to commit in law to publishing impact assessments of all post-Brexit free trade deals, including “a clear statement” on their ”net benefit to the country”.

Ministers should do away with non-disclosure agreements and make it easier for parliamentarians and the public to gain access documents relating to the UK’s trade agreements, the report says.

ICC United Kingdom secretary general Chris Southworth told PoliticsHome: “Building trust in our trade system is vital if government wants to avoid a backlash to decisions on trade deals in areas such as erosion of standards of workers, the environment, food, and health and safety.

“The current system is too secretive, with an over-zealous reliance on NDAs over pragmatism and common sense.

“There is a real risk that trade deals will be rushed through without any proper scrutiny. If agreements aren’t battle-tested, they could prove to be to the disadvantage of the UK as a whole”.

The report also calls on Prime Minister Boris Johnson to give MPs and peers greater powers to scrutinise the UK’s trade agreements. As things stand, Parliament is not guaranteed the final say on deals negotiated by the government, unlike legislatures in many countries around the world.

“The Houses of Parliament must be involved at every stage of trade negotiations and a wider range of experts given the freedom to offer proper advice,” Southworth said.

In its report the APPG, which is co-chared by Lord Waverly and Conservative MP Gary Sambrook, says the Liz Truss-led Department for International Trade should expand the Board of Trade, Strategic Advisory Group and Trade Advisory Groups to include more representatives from British business, trade unions, consumer and environment groups, civil society, and academia. 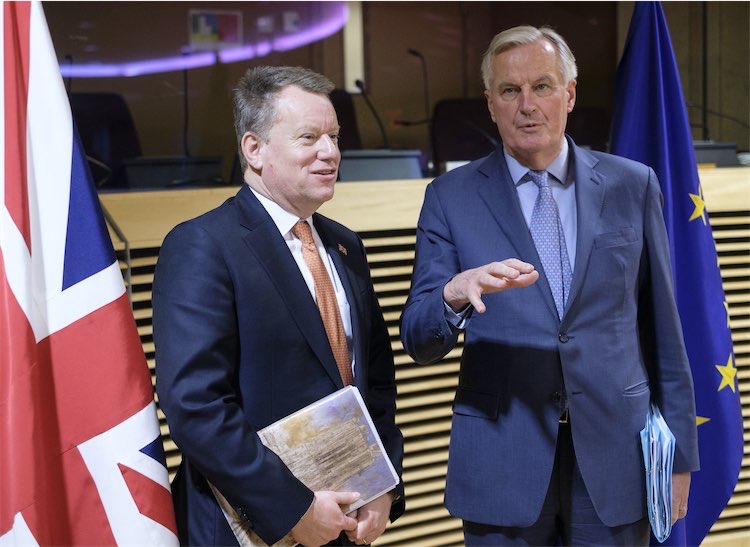 The government’s trade policy is currently under the microscope as businesses across many sectors struggle to adapt to new barriers to trade with the UK’s largest trading partner: the EU.

Johnson’s desire to “Take Back Control” and diverge from EU rules and regulations meant that the trade deal only went so far in reducing red tape for businesses.

The treaty removed tariffs from some goods, but not all. Exporters and importers must complete time-consuming new paperwork which they didn’t have to worry about previously.

The impact for some industries has been severe disruption. Exporters of meat and fish to the continent, for example, have had sales cancelled and destroyed due to delays caused by customs and health paperwork, with the cost already forcing some to close. Some shellfish exporters can no longer export to the EU at all due to the bloc’s strict hygeine rules for third countries like the UK.

Bloomberg recently reported that the government in December scrapped a plan to carry out regular evaluations of post-Brexit trade agreements it signs with other countries.

A source familiar with the plan told the publication that it was shelved because ministers didn’t want detailed economic analysis of the UK’s trade deal with the EU to be published.

The government has not published a full impact assessment of its trade agreement with the EU.

The UK’s negotiation with the US is also under the spotlight amid warnings that Washington will not strike a trade agreement unless Britain controversially agrees to lower its food standards.

The government has not responded to PoliticsHome’s request for comment.