Having left the EU over a year ago and a trade agreement with the bloc now agreed, home-grown tech innovators are finding their feet in the new business landscape. Already COVID-19 continues to affect global supply chains. Facing significant challenges to both importing and exporting, Wholesale + Retail Trade companies received 15% of loans across industries, with 40% of these companies in London. With the need to adhere to EU regulations, what does the future look like for British tech startups?

We spoke to Champion 3D, Azimo, Metomic and CircleCi, to find out how they are managing to cope up with the lockdown, peak pandemic, and of course Brexit. How are they managing and what are the real problems? 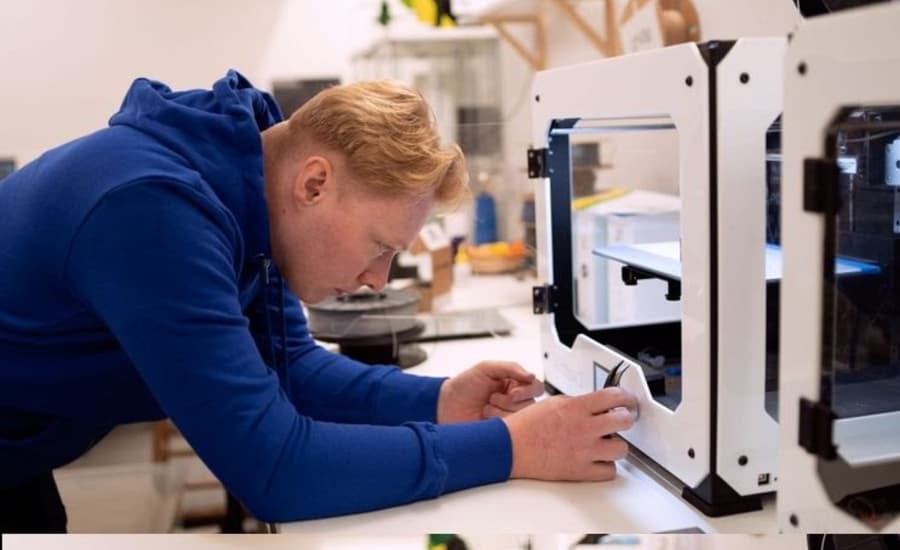 Champion 3D: Least amount of red-tape and bureaucracy required to grow across EU

Following Brexit, the UK companies are seeing a change in the access rights to the EU market, which is directly impacting their revenue. On the other hand, the supply chain is becoming complex due to customs inspections and regulatory requirements.

Recently, Josef Dunne, founder of Champion 3D, the UK-based High quality 3D printing service posted on his Facebook about their experience of sending a small parcel to an existing pre-Brexit customer.

Dunne says, “Since 2016, Champion 3D is an approved 3D printing manufacturing partner on the Dutch 3D Hubs platform. Collaborating with 3D Hubs was integral to our initial growth and early on in our business accounted for a large amount of our revenue. As of the 31st December 2020, 3D Hubs is no longer sending through any EU leads or orders, this does have an impact on our revenues. All of our revenue from 3D printing, for the time being, is coming from England, Wales & Scotland.”

Derby vertical farming startup gets £500,000 funding to develop ‘all in one’ sensor

According to the data, UK manufacturing is deeply integrated into the EU single market – nearly half of all UK goods imports and exports are with the EU. Notably, numerous UK manufacturers are dependent on frictionless trade with the EU to maintain efficient supply chains.

“A lot of our 3D printing business came from customers in the EU, either directly or via platforms like 3D Hubs, for example, whenever there would be a National Strike in France we would receive customer orders from Paris and Northern France, these were easily dealt with and in some cases, we would be able to provide a service and deliver manufactured parts to our French customers within 24 hours. We pride ourselves on our rapid turnaround and being able to get goods to the EU within 24 hours made us a viable business to engage with for EU customers.”

“As soon as Lockdown 1 came in March 2020 a lot of our UK business customers put their 3D Printing projects on hold until further notice, along with a lot of foreign students who use our services to 3D print their models, they returned home and have not returned to the UK since March 2020.”

“As a manufacturing business, we have been open during all Lockdowns. We had excess capacity due to low demand and joined the effort to supply 3D printed Face Shields during that time. We utilised the Business Rates Holiday, the Small Business Grants to pay for fixed overheads and Bounce Back Loans to keep our cash flow positive during this time.”

“However as time went on, demand didn’t pick up to the same levels. And B2B business has yet to return at the same pre-pandemic level.”

“Throw in the added Lockdown 3 that is having an impact on our revenues, we’ve noticed those design agencies, advertising agencies, architectural design agencies, and importantly, students are not ordering 3D printing at the same level they were this time last year. Our sense is that, due to a lot of remote working, there are a lot of projects on hold at this time.”

“Without the government support, it would have been difficult to weather the lockdowns, even for a High Tech business that has stayed open throughout the last 10 months. Throw in the abrupt loss of EU customers due to Brexit and we’re at a crucial point.”

Uncertainty regarding the EU–UK relationship is making it challenging for manufacturers to prepare for the post-Brexit business environment. Dunne suggests the UK government could introduce further measures to reduce the post-Brexit shock to manufacturing, such as loans, wage subsidies, and taking equity stakes in companies.

“We do expect things to iron out over time. We demand the least amount of red-tape and bureaucracy required to be able to continue to grow our business across the EU as we were and to continue to trade as seamlessly as we did #PreBrexit the EU is a close trading partner.”

”Regarding the post-Brexit world we are in, there are still several questions regarding VAT and the EU and how we account for it. There are no customs codes that we can find that can be used for 3D Printed models on the slapdash government “Trader Support Transition” website. 3D Printing is an amazing technology and seems to be ignored by HMRC and the Government during this time.

“We expect an extension of the Small Business Grants for businesses in the manufacturing industry and an increase in the max loan amount against your turnover you can apply for in the Bounce Back Loan scheme, which was a vital life-line last year, which is currently capped at 25% of turnover. This should be increased to 75% of turnover. And finally, I would expect VAT deferrals to be extended due to Lockdown 3.”

Azimo: Fintech should be top priority in the next phase of negotiations

A lot of fintech companies including the digital money transfer service Azimo are rushing to get a Brexit contingency plan in place. Notably, many financial services have built a European facility to ensure they can operate in the region without any disruption.

Richard Ambrose, CEO, Azimo, says, “Azimo is a digital money transfer service that enables people to send money from anywhere in Europe to almost anywhere in the world quickly and cheaply. As such we’ve been planning for Brexit since shortly after the referendum in 2016. In April 2019, we secured an additional licence from the central bank of the Netherlands and opened an office in Amsterdam, enabling us to continue operating our services in the European Union after Brexit.”

“We do expect that the economic damage caused by Brexit will reduce the amounts that some spend during 2021, but that effect will be hard to separate from the much bigger impact of COVID-19 on the economy.”

For years, London has been positioned as the capital of business and trade for various reasons. For money transfer companies with a higher volume of foreign exchange transfers, London is the place to do the business, thanks to high net-worth individuals and international businesses. 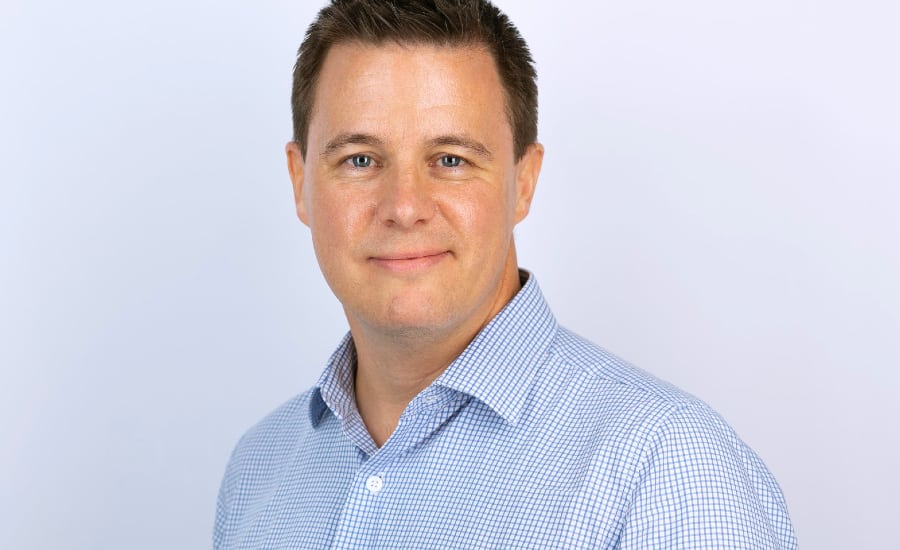 “Our headquarters will stay in London, which we expect will remain a hub for fintech talent and investment for the foreseeable future. As well as our offices in London and Amsterdam, we have a large office for our operations and engineering teams in Krakow, and so we’re still firmly planted in the EU as well as the UK. The UK is a huge market for us when it comes to sending money abroad, both for small businesses and for migrants remitting money home.”

The COVID-19 pandemic forced many people to make significant adjustments to the way they live, work, and pay.

“The lockdowns around the world in the spring of 2020 had a profound effect on the remittance industry. People who were accustomed to sending money home over the counter at physical money transfer offices found themselves literally locked out, and recipients were equally unable to pick up money in person. So these senders were forced to try online services. Azimo saw a 70% increase in new customers, who have largely stayed with us ever since. We estimate that digital penetration of the global remittance market moved from 20% (which took ten years to accomplish) to 30% during 2020. So it’s had a transformational effect on our industry.”

For the financial services sector, it was in effect a no-deal Brexit – there was no agreement on the regulatory equivalence between the EU and the UK. Given the size of the sector in the UK economy, that has to be the top priority in the next phase of negotiations.

Metomic: The lack of focus to data privacy in Brexit discussions is unacceptable

As the Brexit transitions come to an end, the EU General Data Protection Regulation (EU GDPR) will be incorporated directly into UK law as the ‘UK GDPR.’ This UK GDPR will sit alongside the Data Protection Act 2018 (DPA 2018). However, the clarity on data protection and privacy, post-Brexit, remains uncertain.

Rich Vibert, CEO, and Co-founder of London-based software startup, Metomic says: “After months of back and forths on Brexit trade talks, UK businesses are starting the new year confused and uncertain over what they need to do to protect their customers’ privacy and avoid data protection fines. The lack of focus the government has given to data privacy in its Brexit discussions is simply unacceptable. While the UK’s Exit law will likely incorporate GDPR principles, companies will still need to adapt to new rules to remain compliant.

“Failing to comply with data protection regulation, and potentially exposing sensitive information in a data breach, can irreversibly damage a brand’s reputation and cause it to lose valued customers. To avoid this, businesses must embed technical data protection rules into any solution they build, and implement solutions that tokenise personal information. Organisations shouldn’t wait for post-Brexit regulatory clarity from the UK government to start making changes. It’s time to take action now and put customer data privacy first.”

CircleCi: Clarity over post-Brexit landscape is needed now more than ever

The decision of the United Kingdom to leave the EU has thrown a raft of questions for the tech companies on how Britain’s departure will change how they do business.

DevOps startup — CircleCi’s, UK Head, Nicholas Mills, says, “Despite COVID-19, the British technology sector continued to flourish. Recent data from the Atomico’s State of European Technology Report highlighted investment continued to grow in European startups. Of the top ten European countries, the UK came out on top, raising the greatest number of rounds at 1,508 – ten times more than Italy’s 135, and more than France and Germany combined.”

Which means despite Brexit, the UK tech industry is not only ahead of its European rivals but the gap is widening. “Britain’s advantage has no doubt been aided by an incredibly high level of productivity in the UK tech sector as a whole. We anticipate in 2021 and beyond it will continue to turbocharge Britain’s technology and startup industries, providing a welcome boost to the economy and digital exports when other industries are under pressure.”

While numerous businesses are fighting the challenges of an unprecedented global recession, clarity over the post-Brexit landscape is needed now more than ever. “While the foundations for the UK-Europe Brexit deal has been established, many startups are yet awaiting clarity on how they will continue to trade with the EU. We may see sectorial disruption in industries like the financial services – a key contributor to the UK and the global economy – where there are still gaps in clarity, as a result of the limited scope of the new deal,” concludes Mills