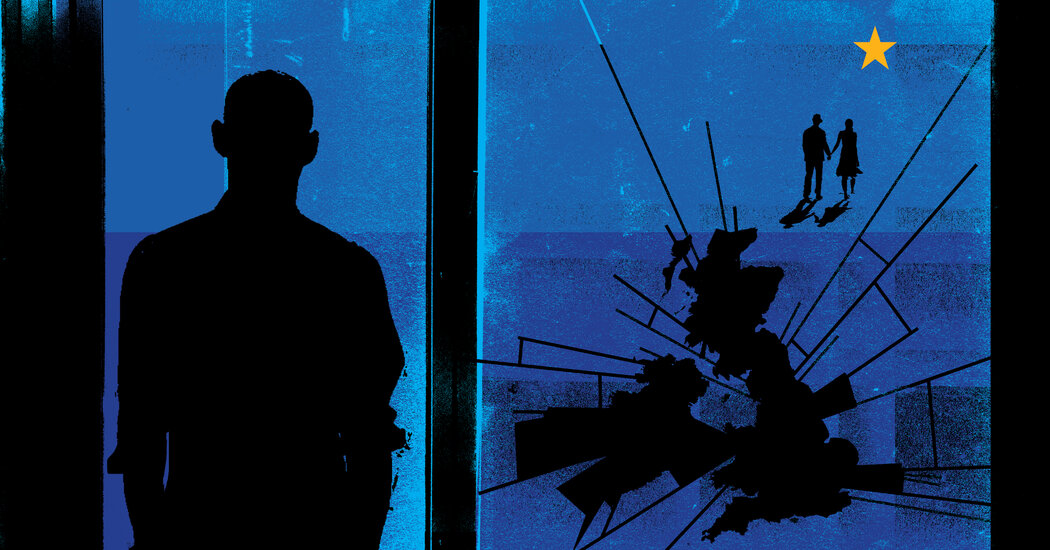 Mr. Gumbel paints Britain’s future in very bleak terms and says he is so “alarmed by the direction in which Britain appeared to be heading” that he has sought dual British-German citizenship.

I voted against Brexit and share Mr. Gumbel’s dismay that we have left the European Union, but I take issue with his claims that Britain has become a more backward place and unfriendly to foreigners in the last few years.

In the 1960s and ’70s, overt racism was far more prevalent than it is currently, and went largely unprosecuted. Now, any public racist, anti-Semitic or xenophobic comment is (rightly) harshly policed. Travel and the advent of the internet mean that ordinary Brits are more tolerant and aware of other nationalities than ever before.

Boris Johnson won because he promised to deliver Brexit, and after four exhausting years of stalemate and turmoil, even Remainers like me can see that we just needed to get it done and execute the mandate that people voted for.

Britain’s future is uncertain, but the extremely negative assessment by Mr. Gumbel (and much of the recent coverage in The Times) is unfair.

Peter Gumbel claims that Britain has lost its direction and identity. Brexit allows Britain to make its own rules, control its own borders and have its own laws. No longer can Britons blame anyone but themselves when policies fail.

Outside of the metropolitan bubble of London, many people feel optimism and excitement that for the first time in decades their views will be heard. Mr. Gumbel’s kind of warm-milk internationalism has not been present in international politics for decades.

Britain is still a European country, but now it is a sovereign nation again for the first time in nearly 50 years. We are happy about that; we have made a choice.

Peter Gumbel’s Op-Ed really struck a chord with me as I profoundly mourn the secession of Britain from the E.U.

Having lived and studied in the United Kingdom and Europe for many years, I always held a special place in my heart for Britain, and its fiercely patriotic citizens with a wonderfully quirky sense of humor.

I was convinced that the British people were not being given the truth about the real consequences of leaving the E.U., and that most top politicians probably had no clue either. But what really shocked me was the way that any criticism of Brexit was met: Arrogance, hubris and long-buried distain for foreigners bubbled up to the surface and revealed a sad ugliness in what I had perceived to be a most distinguished nation.

Even though I still hope Britain can manage to resurrect itself and rise like a phoenix from the ashes of Brexit, its behavior over the last four years has finally removed my rose-colored glasses. It now seems that Britain truly cut off its nose to spite its face.

Peter Gumbel’s article was heartbreaking and heartfelt. I have another reason to lament Britain’s departure from Europe. I fear that this historically amazing country — which first lost its empire, then part of Ireland, soon maybe Scotland — will also lose its position as a world financial center and become a bit player in world affairs.

This is not just bad for Britain but for the whole world, which risks losing one of the most trusted, informed and intelligent voices in international affairs. Will the “special relationship” with the United States be weakened if this voice is no longer needed as a bridge to the European Union? Or within the United Nations, where stronger countries are waiting to step into the void Brexit may have created?

Peter Gumbel’s article draws a very accurate picture of how the U.K. got into its current situation, and of where those of us who did not want to leave the E.U. now find ourselves. What is there in Brexit for people like me? Nothing. Nor has there been any attempt to offer anything that would mitigate the situation for us. We “British Europeans” really are, in Theresa May’s words, citizens of nowhere.

Between 2010 and 2017 I was a Brit abroad, living and working in Ontario, where I enjoyed being part of a decent, diverse and outward-looking country. On my return to England I was staggered by how the country had changed and was shocked when Boris Johnson, a right-wing populist, took control, supported by far-right ideologues. As a result of their isolationist agenda, my children and grandchildren now face the prospect of growing up in a country that, in Mr. Gumbel’s words, is “a sad shadow of its former self.”

Peter Gumbel’s Op-Ed reeks of defeatism, of doom and gloom. His claim that Brexit and Britain are inherently racist is nonsense. Britain has shrugged off the yoke of the E.U. and is once more free to live by its own laws and customs.

There was racism in Britain before the E.U. was dreamed of, as there was, and is, in most countries. I don’t see it as any worse than it was then; in fact, I see racism being much less tolerated now, and rightly so.

Britain has one of the largest economies in the world and will eventually overcome the difficulties caused by leaving the E.U. Europeans living here are still welcome, and E.U. residents will be if they have a skill to offer. I haven’t heard of anyone being forced to leave the country because of racism or Brexit.

Peter Gumbel is right that political rot has set in here, resulting in our break with Europe. Let it be known in the United States that many of us, erstwhile Conservative voters, are appalled and ashamed by the antics of this U.K. government. We have sympathized with you over your Trump problems. Please, however, have greater sympathy for us in the U.K. as it will be a generation or more before we come to our senses and overturn Brexit.

What a spot-on assessment by Peter Gumbel of how Britain has changed over the last few years with the lead up to and completion of Brexit. As a dual British-U.S. citizen I mourn the loss of the European cultural and demographic dimension that British citizenship once gave me.

I would dearly love to regain that dimension and wish there were a European citizenship — beyond the E.U. one — available for those who have lost an important part of their culture. I would, in a minute, exchange my British passport for a European one.

Peter Gumbel evokes his grandparents’ history as German refugees who would be appalled by Brexit. My father was also saved by the Kindertransport and served in His Majesty’s Army during World War II, but he was a great fan of Margaret Thatcher and would have been staunchly pro-Brexit. And though like Mr. Gumbel I obtained German citizenship, still, as my father would have been, I was in favor of Brexit.

In other words, the history and personal lessons surely can cut both ways. Perhaps we can seek to have more compassionate understanding for those with whom we disagree?

Roger Cohen’s fine piece on Brexit concludes on the dubious note that Britain’s E.U. exit was “a failure of the dream of a ‘United States of Europe.’”

Instead, I believe it was a victory for that goal. Britain’s role for 47 years has been a reluctant, often destructive one, serving to anchor European unity to her mercantile mind-set.

Her departure will allow Europeans to proceed toward the unity foreseen by Jean Monnet, whom Mr. Cohen rightly calls one of the founders of the European dream.

Clifford P. Hackett
Washington
The writer is co-author of “The Father of Europe: The Life and Times of Jean Monnet.”