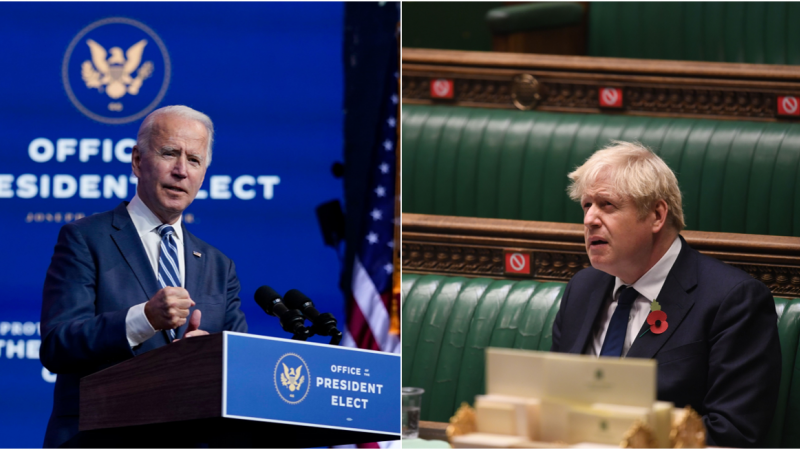 President-elect Biden: Ushering in a warmer period of US-EU relations

The US President-elect Joe Biden’s domestic ambitions for a redistributive fiscal mix of higher taxes on corporates and the wealthy while offering more support for people on the lower end of the income spectrum will depend critically on whether the Democrats regain control of the Senate on 5 January. Assuming the Republicans hold, there will be an inevitable watering down of aspirations, but we still think a substantial fiscal stimulus, of the order of $1 trillion is likely.

While we may not see much improvement in US-China tensions, there is clearly an opportunity for the US and European relations to be rebuilt

When coupled with the introduction of a vaccine, which can allow a full reopening of the economy, we suspect the US will grow very rapidly with full-year growth forecast at 3.6% despite a negative first quarter. This will help to fuel global optimism while also sucking in imports and supporting activity elsewhere.

The contrast between Joe Biden and Donald Trump with regards to international relations couldn’t be starker. While we may not see much improvement in US-China tensions – see the section in our global outlook on the tech war – there is clearly an opportunity for the US and European relations to be rebuilt. Biden is likely to revert to a more rules-based multilateral approach, which should at the minimum give greater predictability of policy than experienced under Donald Trump.

We would expect a return to the World Health Organization together with a re-engagement with the World Trade Organization and NATO. His advocacy of Green energy also suggests a strengthening of the partnership on dealing with climate change. With international relations on a more stable footing, we may also start to see an unwinding of tariffs with Europe and Canada that can give businesses greater clarity and the confidence to implement investment plans that may have been put on hold.

Brexit – a new, less uncertain chapter for the UK on the world stage?

When it comes to Brexit and the UK’s role on the global stage, 2021 could go one of two ways.

If a deal is agreed with the EU, then this should put UK-European relations on a more stable footing. While a basic free-trade agreement will inevitably need to be built upon, a deal would presumably usher in a more constructive relationship on other issues, at a time when the US is looking to rebuild its ties with the EU.

If the UK and EU fail to agree to a deal by the end of the year, the UK is likely to find itself more isolated geopolitically with both Europe and the US

By putting an end to the recent chapter of Brexit noise and also some of the uncertainty facing Northern Ireland, the Johnson administration also stands a better chance of resetting relations with the new Biden team. The President-elect’s stance on issues such as climate change and geopolitics (e.g. the Iran deal) is arguably more aligned with Prime Minister Boris Johnson’s than that of President Trump.

However, things could look pretty different if the UK and EU fail to agree to a deal by the end of the year. While some of the above may still be true, the UK is likely to find itself more isolated geopolitically with both Europe and the US.

Ultimately, Britain will need a trade deal with its closest partner, and therefore at some point, both sides will need to return to the negotiating table – where presumably many of the same issues, chiefly on state aid, will resurface. This, combined with the Scottish independence story coming to the fore in 2021 under a no-deal scenario, means the cloud of uncertainty that has hovered over the UK economic outlook relative to Europe and the US since 2016, may well linger for another few years to come.