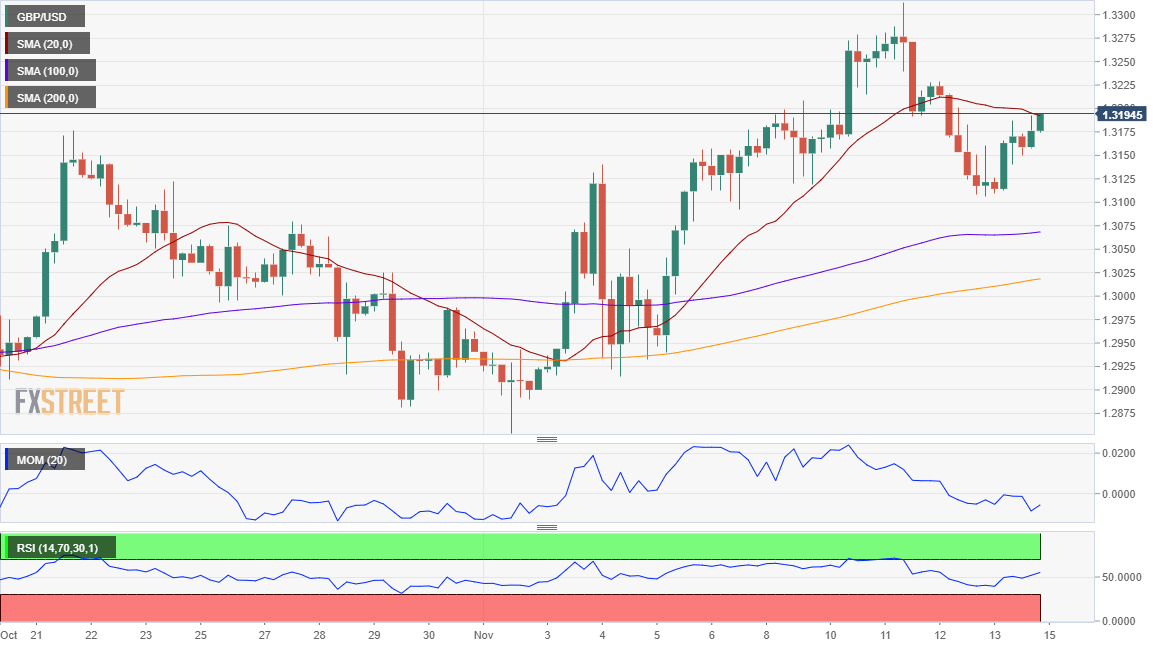 The GBP/USD pair is heading into the weekly opening, trading a few pips below the 1.3200 level. The greenback eased following the release of soft US data, while the pound found support on headlines indicating that a trade deal between the UK and the EU could be agreed in as soon as ten days.

However, weekend news showed that they are not closer to clinching a deal. Ireland’s Foreign Minister Simon Coveney said that the two sides are still apart on fishing rights, adding that if the UK passes the Internal Market Bill, chances of an agreement will be off. On Sunday, UK negotiator, David Frost, said that the UK will not change its stance as it seeks a post-Brexit deal with the EU. The United Kingdom has quite a scarce macroeconomic calendar this week, with nothing scheduled until Wednesday when the country will publish October inflation data.

The GBP/USD pair hit a two-month high of 1.3313 last week, retaining a modest bullish stance in the daily chart. In the mentioned time-frame, the pair is developing above all of its moving averages, which maintain their bullish slopes. The 20 DMA provides dynamic support around 1.3065. Technical indicators stand in neutral levels, aiming modestly higher. In the 4-hour chart, the bullish potential seems limited, as technical indicators corrected oversold conditions but remain within negative levels, as the price struggles to surpass a bearish 20 SMA.