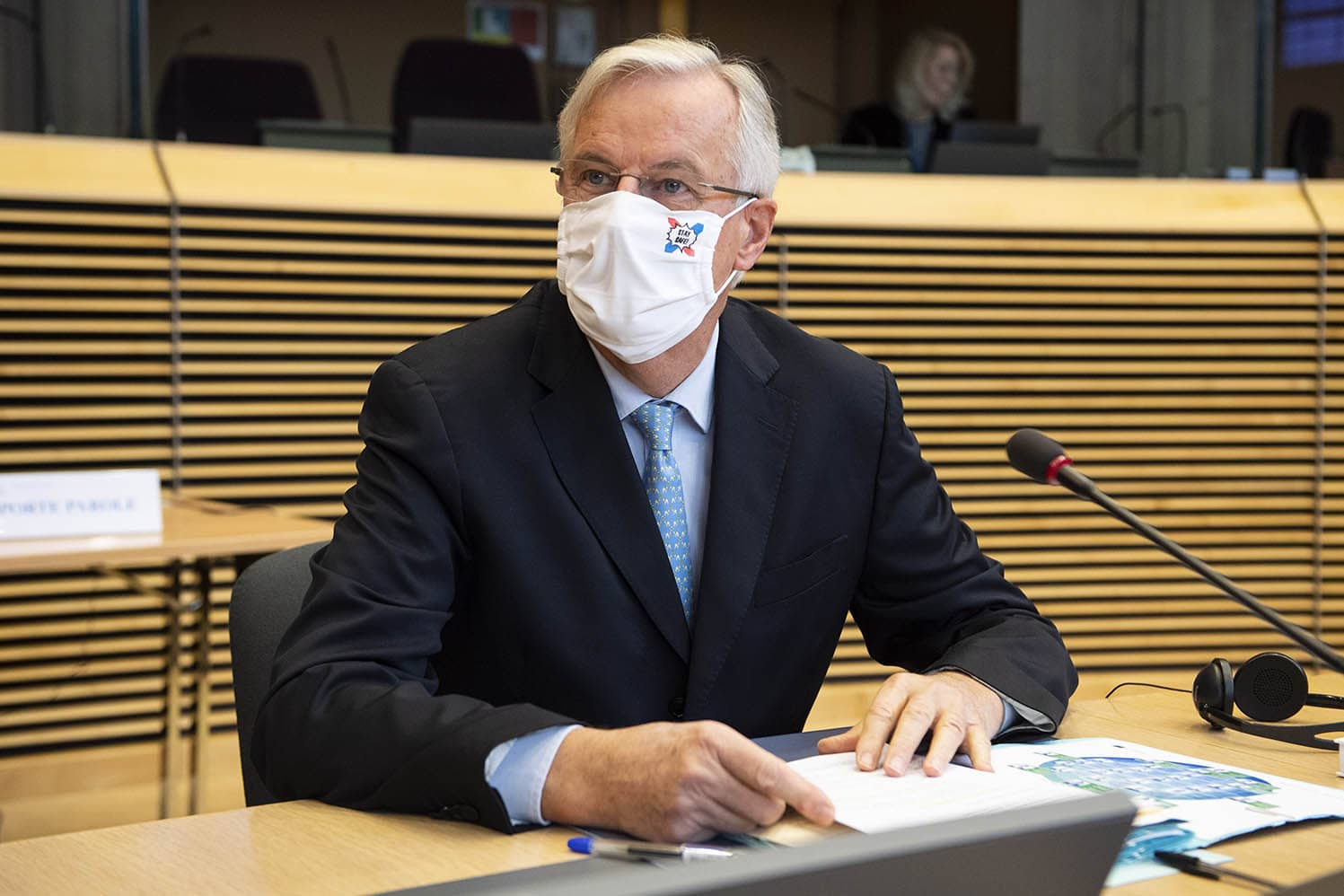 The British Pound has fallen sharply over the course of the past 24 hours in response to falling equity markets and growing expectations that the trade negotiations between the EU and UK are hurtling towards an inevitable deadlock.

A key theme of the past week has been that of the financial market’s positive response to news of a successful Pfizer vaccine candidate that was 90% effective in preventing covid-19 infections, news that resulted in stronger markets and a stronger Sterling.

Indeed, the Pound has shown a strong positive correlation with stock market sentiment when vaccine news is the prime driver.

Therefore a turnabout in sentiment over the second-half of the week was always likely to hamstring the Pound.

We have reflected in this article that the Pfizer vaccine will likely benefit the UK as the country was the first to sign a binding deal with Pfizer for their vaccine candidate and a rollout could commence this December, subject to the vaccine’s final approval. But, for the rest of the world, the Pfizer vaccine won’t come until well into 2021 and therefore the risks to the global economy remain elevated.

Sentiment has waned on this observation, taking stocks and the Pound back.

“While GBP was boosted at the start of the week by the perception that a vaccine may mean that the UK economy has more scope to bounce than its peers, it also faces disruption due to Brexit and a potentially drawn out period of political uncertainty,” says Jane Foley, Senior FX Strategist at Rabobank.

It will likely be post-Brexit trade negotiations where the majority of Sterling’s focus will fall over coming days and weeks.

According to the BBC’s Europe Editor Katy Adler, the EU on Thursday sought to underline time “really is running out to agree a post Brexit trade deal”.

The EU and UK have been locked in intensive negotiations in London this week and familiar warnings are being sounded via briefings to favoured journalists that a lack of progress has been made.

Adler reports EU diplomats to be sounding pessimistic about the direction of EU-UK negotiations with a “a well-placed source” saying, “two weeks ago it seemed more positive. Now the only thing that’s moving is time”.

A particularly negative comment for foreign exchange traders to digest came from one diplomat who suggested to Adler that a ‘no deal’ outcome might be useful “to clear the air” between UK and EU at this stage. Otherwise, he said, relations would be tense “from day one” after deal signed as both sides so far apart on common standards argument

The Pound-to-Euro exchange rate (GBP/EUR) remains the main bellwether of investor sentiment towards Sterling and declines of 0.90% on Thursday hint at a market paring back expectations that a deal will be done.

Above: GBP lost ground against all its major peers on Nov. 12. Lock in today’s rate for use over coming months, thereby gauranteeing your international payments budget, learn more here.

A significant element of the recent news flow concerning the state of negotiations is that EU insiders tell Adler the “last possible” moment is last week of November.

This suggests that next week’s EU Council summit is not in fact the deadline as had been a widely-held viewpoint of political commentators and currency analysts.

Adler reports that if there’s a deal to be done with UK, the EU will not want to endanger it with process.

The EU Parliament needs time to read the deal before ratifying it, but Adler says one influential EU diplomat told her, “if Parliament has to reconvene after Christmas to ratify deal – then so be it”.

This observation chimes with a view held by analysts at Goldman Sachs, which we reported earlier this week, that negotiations could even slip into December.

“Let’s hope the light descends much sooner than on the 50th day. A whit of courage for signing up to fair competition standards in the mutual interest of EU and UK would be good,” said Stefaan De Rynck, an advisor to Michel Barnier on Thursday.

The EU and UK appear to be stuck on questions concerning the EU’s future access to UK fishing waters – the UK as a sovereign nation says it should set quotas on rolling annual basis as does Norway, but the EU wants to set quotas as part of the current deal to protect as much of their current access as possible.

The other major sticking point relates to which EU rules on standards the UK should follow – also known as the level playing field. The EU wants the UK to follow their rules to ensure its economy does not gain a competitive advantage. The UK argues this is highly unusual of a free trade deal and that no other country has had to do the same. The EU’s counter argument is that no other country has achieved the kind of tariff-free access the UK is attempting to achieve.

Negotiations have long been been expected by analysts and political commentators to run ‘to the wire’ and therefore a breakthrough was never likely to be announced in the first half of November.

That the final deadline remains undefined, and prone to revision, suggests disagreement will remain a feature of coming weeks, ensuring any gains in Sterling remain limited but ultimately weakness remains shallow.

The negotiating teams will likely reach the limits of their mandates before long, meaning a deadlock will likely arise that can only be broken by elected leaders.

Hence, while next week’s EU Council summit is unlikely to be the deadline, it could put the wheels in motion towards a necessary breakthrough.