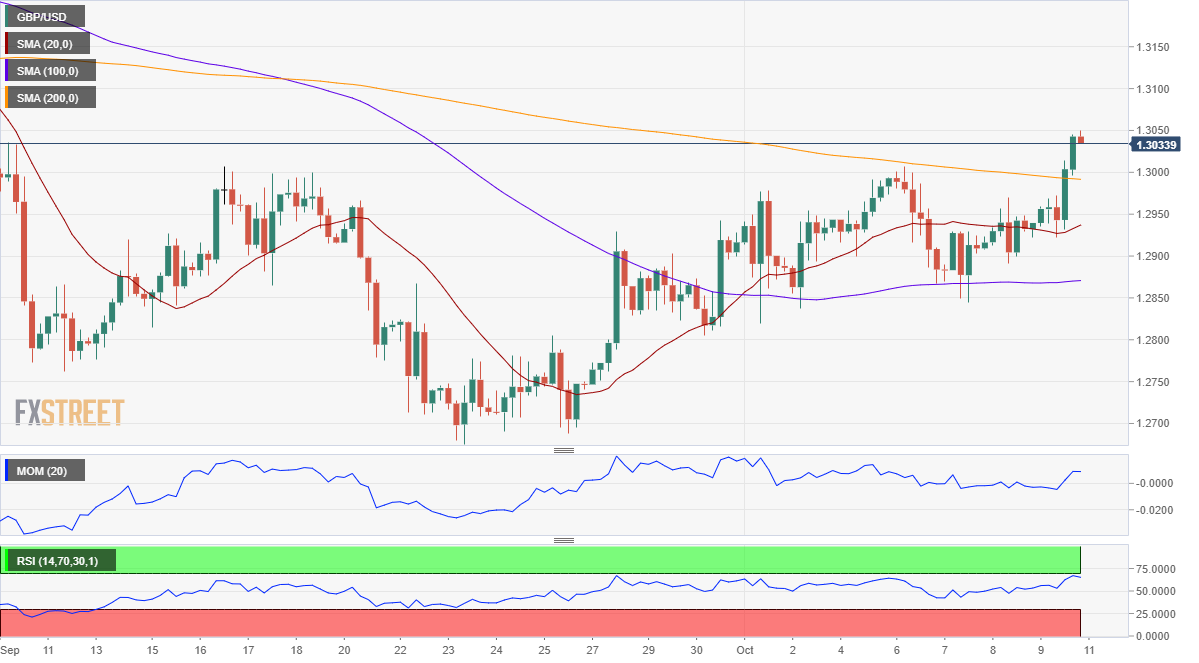 The GBP/USD pair surged last week to a 4-week high of 1.3048, closing on Friday a handful of pips below this last. The Sterling run on the broad dollar’s weakness and despite no progress has been made in Brexit talks. UK PM Boris Johnson’s spokesman said last Friday that “progress has been made this week in some areas, however, differences still remain on important issues.” Over the weekend, Johnson spoke with French President Macron, asking for intensive talks to “bridge significant gaps” remaining.

UK data published by the end of the week was mixed, as Industrial Production in August contracted by 6.4% YoY while Manufacturing Production in the same period fell 8.4%. The monthly GDP was up 2.1%, missing expectations of 4.6%. On a positive note, the NIESR GDP estimate for the three months to September came in at 15.2%, much better than the 8.7% expected. This Monday BOE’s Governor Bailey is set to offer a speech, although unrelated to monetary policy.

The GBP/USD pair has room to extend its advance from a technical point of view. The daily chart shows that technical indicators maintain their bullish slopes within positive levels, while the pair settled above all of its moving averages. The 4-hour chart also supports a continued advance, as the pair settled above its 200 SMA for the first time in over a month, while technical indicators keep heading north near overbought levels.