This year we thought the big conversation in the UK would be Brexit and reaching a trade deal with the EU.

The COVID-19 pandemic pushed it off the front pages, but not the political agenda.

The big sticking points remain competition, fishing rights, collaboration on security and the jurisdiction of the European Court of Justice.

But with many UK businesses busy struggling for survival, a new trading environment with the EU might be the last thing on their minds.

“Literally mid-March we were getting 300 orders a day from restaurants and hotels in London. The next day, none. But we did have an online home delivery, which was busy at Christmas time,” said boss Lance Forman. 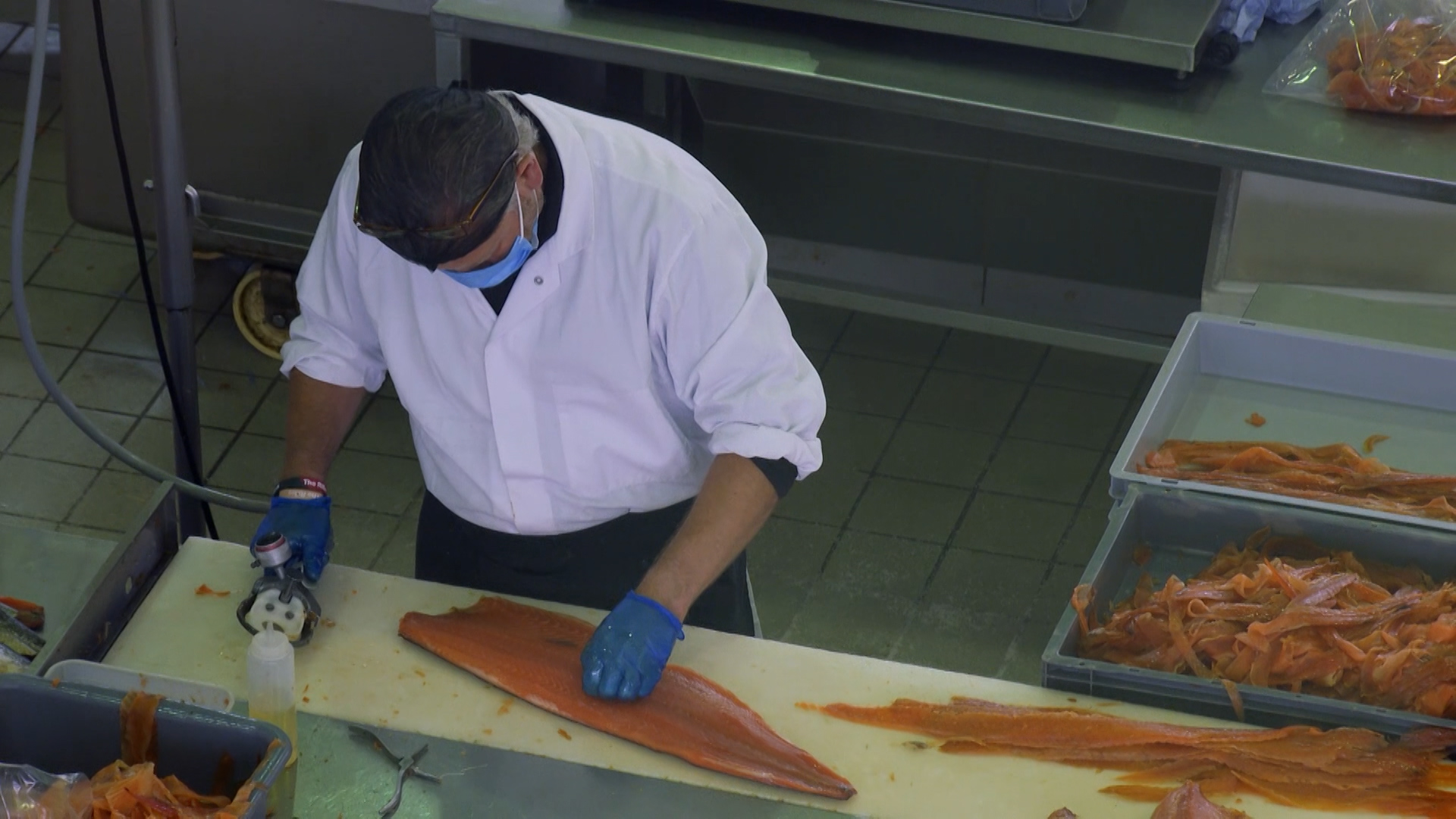 H. Forman & Son sells smoked salmon to some of London’s leading restaurants but has focused on home delivery services since the lockdown began. /CGTN

H. Forman & Son sells smoked salmon to some of London’s leading restaurants but has focused on home delivery services since the lockdown began. /CGTN

H. Forman & Son is a 115-year-old family firm based in Fish Island, East London. It exports to 35 countries around the world.

“Life throws curveballs,” Forman said. “You have to adapt. We developed that [the online] side of the business and it has grown to be 20, 25 percent bigger than it would typically be at this time of year, and helped us plug a gap in the restaurant and hospitality side that is missing.”

If Forman seems upbeat about economic prospects it is because he has had other fish to fry.

Briefly a Brexit Party MEP, he campaigned for the UK to leave the EU and does not think Britain’s future is tied to a trade deal.

“COVID-19 has really put Brexit into perspective, we’ve spent three years arguing about frictionless trade and yet in three months we had no trade, the economy has been closed down and businesses have had to work out how to deal with this new world. Brexit, by comparison, will be a doddle,” he said.

“We do more trade in the U.S. than we do in Europe, and in the U.S. customers have to spend five percent duty on our salmon. People just assume price is everything in business, price isn’t everything,” he added.

I want a world in which we send you Marmite, you send us vegemite, we send you Penguins and you send us, with reduced tariffs, these wonderful Arnott’s Tim Tams

Since leaving the European Union, Britain has signed deals with 20 countries and trading blocs. Prime Minister Boris Johnson has hailed the opening of talks with Australia as an opportunity to bring the two countries closer together.

“I want a world in which we send you Marmite, you send us vegemite, we send you Penguins and you send us, with reduced tariffs, these wonderful Arnott’s Tim Tams,” said the prime minister.

The UK Department of Trade says the UK Global Tariff (UKGT) will axe duties on $38 billion worth of imports from 1 January 2021.

That could make goods such as dishwashers, freezers and even Christmas trees cheaper.

However, if an EU deal is not agreed by the end-of-year deadline, trade reverts to World Trade Organization (WTO) rules, meaning European cars imported to the UK and French cheeses could become more expensive. 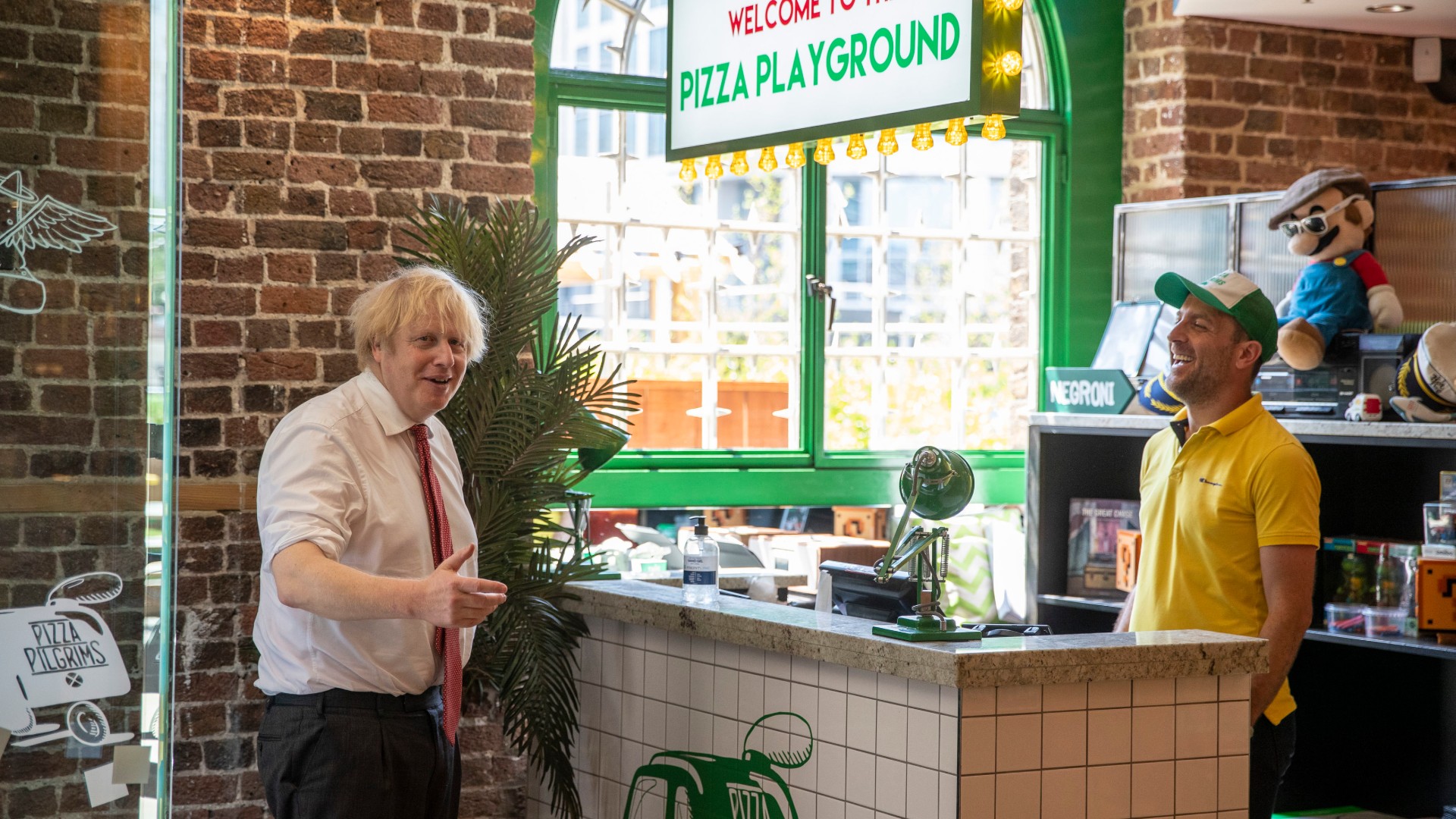 Restaurants could face an increase in costs on imported foods if the UK fails to agree a trade deal with the EU. /AP

Restaurants could face an increase in costs on imported foods if the UK fails to agree a trade deal with the EU. /AP

The British Retail Consortium says a disorderly Brexit could mean severe shortages of fresh produce such as lettuce, tomatoes and soft fruit in supermarkets.

That is a big issue for restaurants such as the River Café in West London, which is now only running a lockdown takeaway and delivery service with a pared-back team. Everyone else has been furloughed.

“Our staff are Danish, French, Italian, Greek, British. We are a family with open doors. We want people to come in,” said owner Ruth Rogers, a staunch remainer, who campaigned for Britain to stay in the EU.

“We serve Italian food: We have deliveries from the Milan market, we buy our tomatoes from Puglia, we buy our Mozzarella from Naples, we are part of Europe and so I think a no-deal Brexit is such a sad statement,” Rogers said. “For my business it will be very hard, pricing, getting people to work with us.”

Business leaders say the COVID-19-triggered recession and the fight for business survival has diverted management attention away from any Brexit contingency planning. No deal, says the Confederation of British Industry, would add to the burden on business at a critical time.

While Britain’s economy is groaning under the effects of COVID-19, the Brexit clock is still ticking.

EU diplomats say both sides are eager for a trade deal agreement, but progress so far has been in line with low expectations.